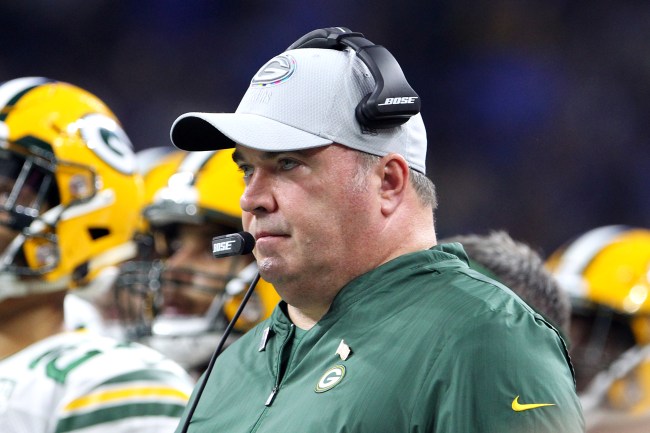 Jason Garrett has yet to be let go by the Cowboys but it seems like the team is already trying to replace him.

Sources: Former #Packers coach Mike McCarthy is headed to Dallas to speak with the #Cowboys. The team has not announced anything on coach Jason Garrett, though they are expected to move on from him and are laying the groundwork for a search.

Am told McCarthy’s HC interview with the Cowboys is today, per source.

Earlier in the week, ESPN’s Ed Werder revealed that the team was expected to part ways with Garrett despite not announcing it yet out of respect for Garrett.

A source told ESPN’s Ed Werder that after showing an “abundance of care and respect” for Garrett, team owner/general manager Jerry Jones and executive vice president Stephen Jones have decided the coach will not be part of the organization moving forward.

According to multiple sources, the Joneses and Garrett did not have their scheduled meeting at The Star on Thursday after meeting on Monday and Tuesday without any resolution on the coach’s status. Garrett’s contract is set to expire Jan. 14 and his status with the team has been uncertain since last February, when the Cowboys opted not to offer him an extension.

McCarthy interviewed with the Cleveland Browns during the week and the conversations reportedly went “very well” but the team is interested in talking to several other coaches before making a decision.

It does seem awkward that the Cowboys are interviewing McCarthy while Garrett is still hired with the team.

Maybe McCarthy and Garrett will run into each in the hallway. Awkward https://t.co/E6NsZsbzYv