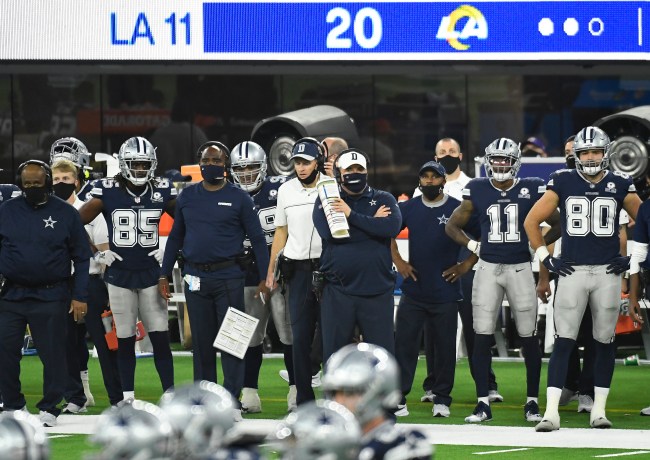 We’re only in week 7 of the NFL season but it seems like there’s some drama unfolding in Dallas.

After the team suffered an embarrassing loss against the Cardinals on Monday Night Football, Cowboys players are beginning to express their frustrations with the coaching staff.

According to a report from NFL Network’s Jane Slater, Cowboys players are telling reporters that they feel the coaching staff is “unprepared” and “just aren’t good at their jobs.”

#Cowboys players initially bought into keeping things internal. Now as they sit 2-4 the discontent is leaking out. On the coaching staff “totally unprepared. They don’t teach. They don’t have any sense of adjusting on the fly.” Another “they just aren’t good at their jobs”

Despite the team’s record, Cowboys owner Jerry Jones praised head coach Mike McCarthy and said he’s confident McCarthy can get them out of the hole their in.

Jones also went on to say that he was fine with defensive coordinator Mike Nolan despite calls from fans to fire him.

Jerry Jones still believes in the roster and coach Mike McCarthy and defensive coordinator Mike Nolan. “What I do feel good about with the entire group is our ability,” he said on 105.3 The Fan. “We do have the ability and we have the talent to make… https://t.co/IJLnqyJvPR

While Jerry is saying all the right things about his coaching staff right now, things could start getting ugly if the team keeps losing.