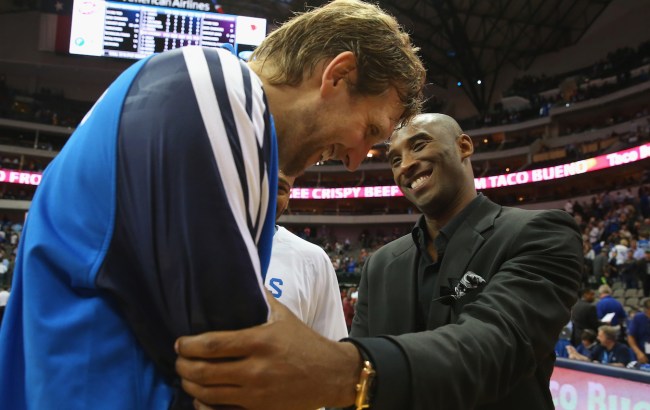 Dallas Mavericks owner Mark Cuban has announced in a statement that the franchise will be retiring the #24 in honor of Kobe Bryant, who tragically passed away earlier today.

“We are shocked and saddened by the devastating news of the passing of Kobe Bryant ad his daughter, Gianna. Kobe was an ambassador for our game, a decored legend, and a global icon. Above all, he was a long and dedicated father.

Kobe’s legacy transcends basketball and our organization has decided that the number 24 will never again be worn by a Dallas Maverick.

Our hearts go out to all the lives lost and the families impacted by this terrible tragedy. We send our thoughts and prayers to Vanessa and the family, the Lakers organization and Kobe Bryant fans everywhere,” the official statement from Cuban reads.

Dallas Mavericks owner Mark Cuban: "Our organization has decided that the number 24 will never again be worn by a Dallas Maverick.”

The Mavericks are the first team to take this action but they likely won’t be the last, as Utah Jazz All-Star guard Donovan Mitchell tweeted that all NBA teams should retire the number 24.

Bryant, who was 41-years-old, was one of nine victims who were killed in a helicopter crash in Calabasas, California, on Sunday, January 26. In addition to Kobe, one of the other victims was Bryant’s 13-year-old daughter Gianna Marie.

Drafted in the year 1996, Bryant spent 20 years with the Los Angeles Lakers and won five NBA titles during that time. He retired in the year 2016 and scored 60 points in his final game.

Following the news of his tragic passing, various NBA stars and athletes took to social media to pay tribute to the NBA’s fourth all-time leading scorer.