One NBA Star Appears To Already Be Recruiting Kevin Durant 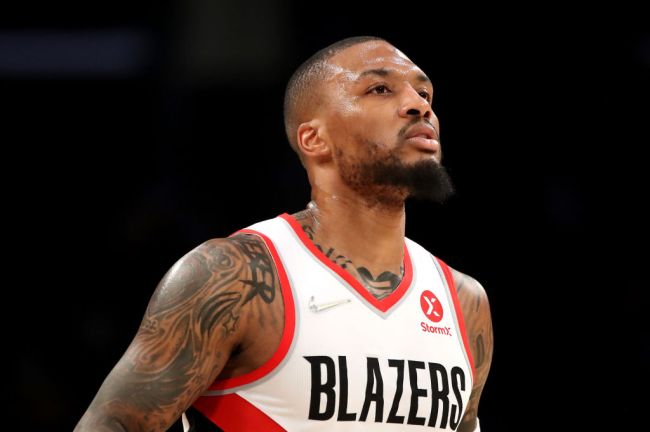 There is a lot of uncertainty right now surrounding the Brooklyn Nets. The Nets haven’t been able to reach an agreement with Kyrie Irving on a contract extension. If they don’t reach a deal and he leaves, there is the possibility that Kevin Durant could request a trade.

While there is still the possibility that Irving and Durant both stay with the Nets, it seems another NBA star is already recruiting Durant. Today, Damian Lillard posted a picture of Kevin Durant in a Portland Trailblazers jersey.

A move to the Blazers is one that could be pretty appealing for Durant. Lillard would give him another star to play alongside and they could have a solid roster around them. The Blazers just traded for Jerami Grant, drafted Shaedon Sharpe, and are expected to re-sign Jusuf Nurkic.

That would be a solid roster around Durant that would give him the chance to compete in the West.

The move would also provide the Trailblazers with some redemption for one of the biggest draft mistakes in NBA history. Back in 2007, the Blazers owned the top pick in the draft and had a decision to make between Kevin Durant and Greg Oden. They picked Oden and quickly regretted it as he missed his entire rookie season.

Oden only played 82 games for the Blazers over the course of his career while Durant developed into one of the NBA’s best players.

Maybe after all this time we’ll finally get to see Durant in a Blazers jersey.