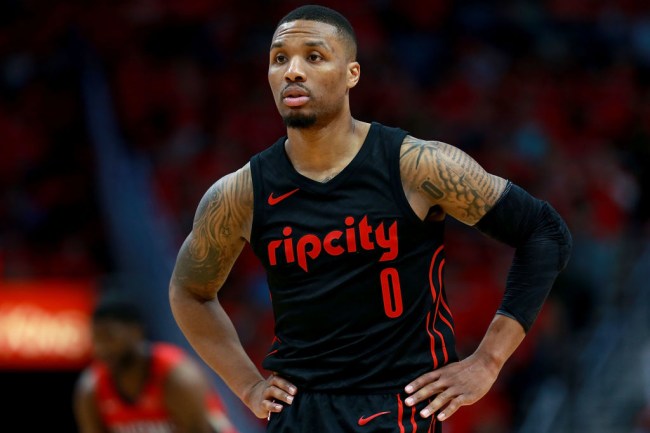 Hundreds of NBA players from 22 teams are set to travel to Orlando next week where they will enter the bubble. Some players will adjust and abide by the rules, but for those players that don’t, the NBA is reportedly installing anonymous hotlines where players can snitch on one another. That will surely go over well.

While it’s easy for us fans to sit back and assume many players won’t be following the health and safety rules, Damian Lillard voiced his own doubts about the situation as well. The Portland guard’s confidence is very low, to say the least.

Players will be tested upon arrival in Orlando and are then set to isolate for up to 48 hours before being tested again. The NBA is going to try to create its own environment for players and basically eliminate any interaction between themselves and the outside world.

Even with that being the case, Lillard realizes it’s still going to be difficult to keep players 100% safe.

“I know there’re going to activities for us and all that stuff, but I mean, I’m gonna be chilling. I feel like there’s still a possibility for something to spread within that bubble, just with so many people doing so many different things that we’ve got to follow to be safe, even though we’re not exposed to the public.”

Lillard said other than practicing and weight lifting, he’ll be chilling in his room playing Playstation and reading.