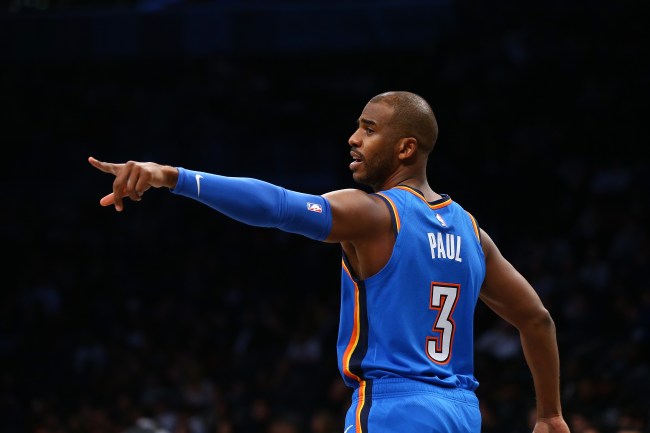 The NBA is going to have a snitch hotline whenever they return to play in July.

On Tuesday, The Athletic’s Shams Charania revealed the guidelines that NBA players must adhere to while staying inside the Disney “bubble” next month.

Upon arrival, players and team staff must stay isolated in their rooms until they return two negative PCR tests at least 24 hours apart.

– Players will have the option to wear a proximity alarm that will notify a player if he spends more than 5 seconds within 6 feet of another person on campus who is also wearing an alarm.

– All team and league staff (potentially excluding referees) must wear the alarm; it is optional for players.

– Everyone on the NBA Campus will be required to wear a facemask at all times, except when eating, in their individual rooms, during a workout or while engaged in a physical activity outdoors that is not within 6 feet of another person (e.g., swimming, reading a book alone).

– Physical distancing protocol of 6 feet or more should be respected at all times except during team workouts and when team health and performance staff is working with a player.

– Players will also have the option of wearing an Oura smart ring that may help with the early detection of the coronavirus and will track temperature, respiratory and heart rate and other measures.

The NBA hopes players can police themselves and have set up an anonymous hotline for players to report violations inside the bubble.

Per me and @sam_amick: The NBA will create an anonymous hotline to report potential violations of protocols in Orlando.

Of course, NBA Twitter had a field day with the NBA snitch hotline.

“Yes, it was Giannis and Kawhi out with no masks. I’m certain of it” https://t.co/he11tmaqer pic.twitter.com/nus9N1SbqT

Chris Paul and D’Angelo Russell when they see each other calling into the hotline at the same time pic.twitter.com/oMJNGDFZLC

Chris Paul calling the NBA's bubble-violation hotline for the sixth time in one night pic.twitter.com/AvrPiLDXKY

Lebron anonymously calling to get rondo off the team https://t.co/rijUhgZ0Qs

Chris Paul was born for this. https://t.co/mxkBkj0u0B