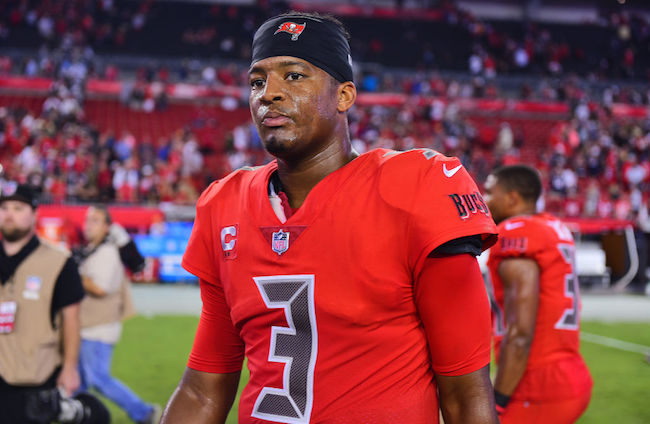 The NFL proved once again they are totally incompetent in deciphering the crime-to-punishment ratio when they announced they would suspend Jameis Winston for three games after the league found an Uber driver’s report that he groped her in 2016 “credible”. The driver alleged that Winston grabbed her crotch while they were waiting in a restaurant drive-thru lane in Scottsdale, Arizona just a couple of months after the end of Winston’s rookie season in the NFL.

Winston’s suspension flew in the face of the policy the NFL put in place in 2014, which stated that “violations of the Personal Conduct Policy regarding assault, battery, domestic violence or sexual assault that involve physical force will be subject to a suspension without pay of six games.” And one only needs to point to the NFL suspensions of Tom Brady and Josh Gordon to further highlight how ridiculous the sentence is.

“I’ve had alcohol, but you don’t see me out here groping people. So don’t give me this whole alcohol thing as some excuse to your actions. It’s clearly unacceptable. You are the face of the Tampa Bay Buccaneers,” Woody yelled.

Winston’s alleged actions that night in Scotsdale seem to be indicative of a disturbing pattern of behavior. The 24-year-old settled a lawsuit back in 2016 with a Florida State student who claimed he raped her back in 2012. Earlier this week, Keyshawn Johnson said there could be something mentally wrong with Winston.

It’s impossible to please all parties in situations like these and the punishment system in the NFL is often times nebulous and riddled with loopholes. No matter where you stand on the issue, it’s clear that although the incident occurred a couple years ago, Shameis Jameis is very close to be playing football on borrowed time.