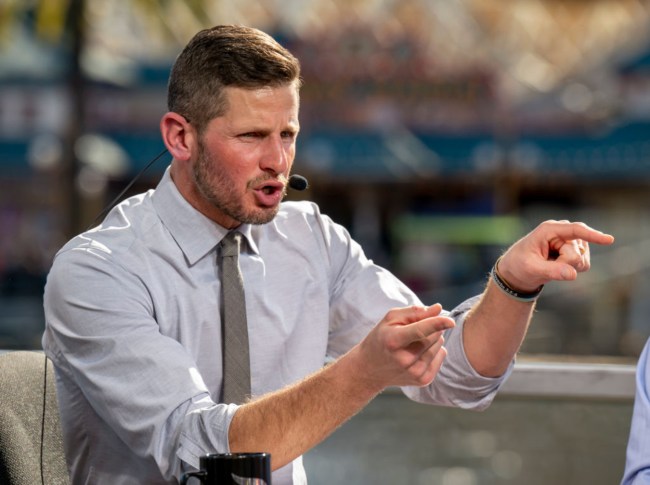 Former NFL QB turned analyst Dan Orlovsky thinks one second-year QB has “no shot at all” at succeeding during the 2022 NFL season. He’s come to that conclusion due to the lack of money the particular team spent on the QB’s supporting cast.

The second-year QB Orlovsky is referring to? Justin Fields of the Chicago Bears.

Orlovsky made the point on Twitter pointing out that other teams with notable second-year QBs – the Jets, Patriots, and Jaguars – all made an effort in giving their young quarterbacks a stronger supporting cast.

Meanwhile, the Bears spent just $52 million to help out Fields, the second-fewest dollar amount in the entire NFL. With that in mind, Orlovsky doesn’t see Fields having a good year at all this upcoming season.

How much money their teams spent on 2nd year QB supporting cast for 2022 season:

Fields has no shot at all. Get him to 2023 and than make your assessment

Fields showed flashes as a rookie a year ago but ultimately recorded just nine total touchdowns compared to 10 interceptions and four fumbles.

Now Fields will be looking to take a step in the right direction this season but will have his hands full getting acquainted to the new coaching staff in Chicago and a lack of a strong supporting cast around him.

Fields could very well take the biggest leap among second-year QBs this upcoming season, but the odds are most certainly against him.