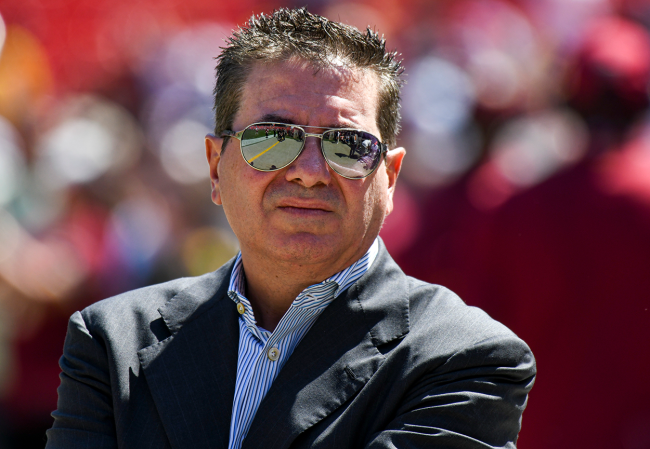 Dan Snyder purchased a $192 million superyacht in 2019 and it is back in the news as the Washington Commanders owner uses it to avoid testifying under oath before Congress. The details of his boat are insane.

According to Luxurylaunches, the boat is as long as a football field, and all of its bells and whistles are rather luxurious. The superyacht, called ‘M/Y Lady S,’ has everything— even a Twitter account dedicated to tracking its movement.

Painted white from stern to bow, it is contrasted by black tinted windows and features a teak deck. Equipped with two diesel engines, the Lady S has a top speed of 17.5 knots with a cruising speed 14.0 knots.

The interior is designed with huge chandeliers to give it a “contemporary jewelry box” feel. Inside, the vessel can sleep up to 12 guests across seven cabins. There is a master suite, two VIP staterooms, two doubles, and two twins. There are also accommodations for 33 crew members and the captain.

And then there’s the amenities. This is where things get really luxurious and insane.

The Lady S has a commercial helipad, onboard facilities to golf and play football, basketball and volleyball. Beneath the large glass-bottomed pool sits a beach club that features a hammam steam bath, a plunge pool, and a 200-inch outdoor TV.

Most prominently, Snyder’s superyacht features the world’s first IMAX Dolby theater. It was the Commanders owner’s biggest point of emphasis when building the vessel and it cost $3 million. In fact, the 12-seat cinema is so big that the boat had to be designed around it.

As Snyder continues to avoid Congress, he is living infuriatingly lavishly on the Lady S. It is a pretty incredible vessel.