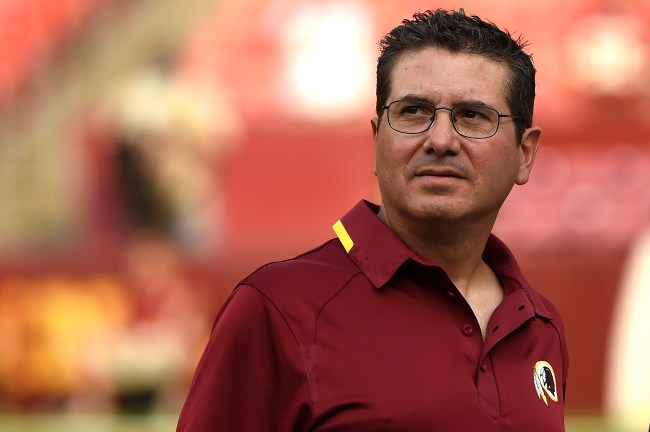 You don’t have to be good at your job to afford the finer things in life. Just ask Washington Redskins owner Dan Snyder. The 54-year-old founder of Snyder Communications has an estimated net worth of $2.2 billion, but his business savvy doesn’t translate to the football field. Snyder gave the thumbs up on signing Albert Haynesworth a seven-year, $110 million contract, is a sucker for aging former stars, and has even sued season-ticket holders who couldn’t pay their bills in 2009 when the economy went to shit.

Snyder’s team shockingly isn’t competing in January, so the dude has a long offseason to fill. That may be why Snyder just bought a $100 million superyacht, a complement to the $70 million yacht he already owns.

According to The Guardian, the 305-foot yacht, named Lady S., has a pair of 8K HD TVs, a helipad, four VIP suites and facilities that “cater to a wide range of sports, including golf, basketball, volleyball and football”. The interior of the yacht is described as “akin to a beautiful and contemporary jewelry box”.

The most glamorous feature was the “special and unusual request” Synder made to Dutch boatbuilder Feadship.

“He wanted an Imax, that was his main request,” Jan-Bart Verkuyl, the chief executive of Feadship’s Royal Van Lent shipyard, told the Guardian this week.

The floating IMAX theater is reportedly the first ever created and cost $3 MILLION to install. Verkuyl said the 12-seat, two-level Imax is so big “the vessel had to be built around the Imax”.

Somewhere Jerry Jones is watching the video above and whispering to himself: “Cute.” Jones just spent $250 million for a 360-foot yacht that makes Snyder’s boat look like a canoe. CHILD PLEASE!