Dana White Seem Super Serious About Making Bieber Vs. Cruise A Reality Even If Justin Is Too Scared 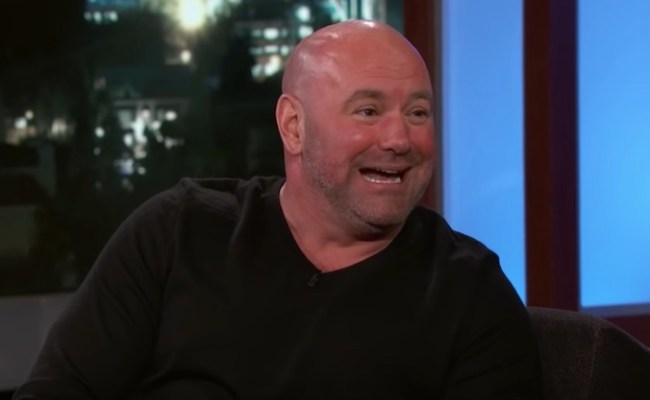 When I was growing up, I absolutely loved Celebrity Deathmatch, and while I certainly find some enjoyment in exhibition fights between D-list celebrities like Dustin Diamond and the dog from Frasier, you’d be hard-pressed to find any actual famous people ready and willing to wail on each other.

However, it appeared Justin Bieber was the exception to the rule when he decided it would be a good idea to jump on Twitter and challenge Tom Cruise to a fight while imploring UFC president Dana White to make it happen.

Shortly after, Conor McGregor decided to chime in and said he’d be more than happy to arrange a match if White declined but it only took a few days for the Beebz to acknowledge the harsh reality that he’d literally get the shit beat out of him if he faced off against the actor.

However, there’s one man who seemingly wants nothing more than to make this happen: White himself.

It took a little while but he eventually shared his thoughts on the matter, saying he was down and claiming a couple of people from one of their camps had actually reached out to him.

White might claim to respect the sanctity of MMA but he’s also a huge fan of Breaking Bad-sized piles of cash so it would make sense that he’d be interested in arranging the faceoff.

I assumed that was the last we were going to hear from White about the topic, but on Thursday, he addressed it once again while speaking with Hashtag Sports and revealed he is very, very serious.

Here’s what he had to say via USA Today:

It would be massive. Everybody laughed when we talked about this, so you’ve heard of it. Who wouldn’t watch that? Everybody would watch it. It’s a complete train wreck, and I love it, and I’m in.”

I really hope White doesn’t disappoint me like I disappointed my parents when I decided to write on the internet for a living. I can only be let down so many times.