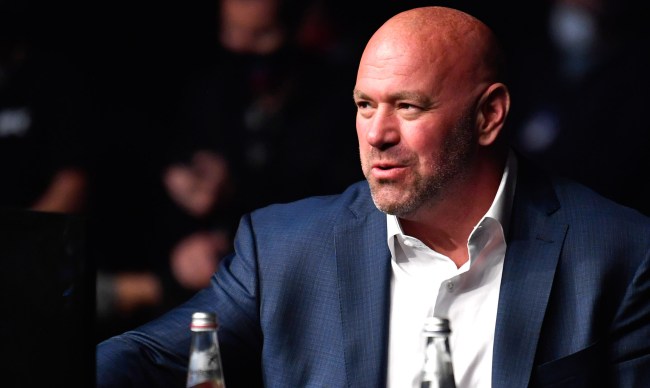 Every time the Ultimate Fighting Championship holds an event some fighters come away with a little extra money in their pocket thanks to the organizations discretionary bonuses like Fight of the Night, Knockout of the Night, and Submission of the Night.

What most fans of the UFC do not know, however, is how those discretionary bonuses are officially determined. Until now.

Speaking to the New York Post on Wednesday, UFC President Dana White provided a rare look behind the scenes into how and why those bonuses are doled out to fighters.

The UFC told the Post that it actually gave out $18 million in bonus pay.

So what happened with the other $9.6 million the UFC claims it paid out to fighters in bonus money?

White said that the general practice is that for “everybody who delivered on the card, I write a check” that ranges from $4,000 to $25,000 each, “depending on what I thought of their fight.”

“I’ll give you an example,” White said. “There will be a night where some crazy s–t happens throughout the whole card, and then we have to pick what we thought [were] the $50,000 [bonus recipients], but somebody else was right in the running. They could have got it too. And it depends, I’ll write them anywhere from $10,000 to $25,000.”

With 456 fights contested last year in the octagon — and two fighters per bout, of course — the average discretionary bonus comes out to about $10,526 per fighter, per fight.

Those discretionary bonuses, unlike the awards all of the fans read and hear about, are not made public.

The next question is, why are the publicized bonuses always $50,000, regardless of the attendance or the number of pay-per-view buys?

The reason for that is to keep it fair “all the way across so no matter what card you fight on, it’s the same bonus,” White told MMA Junkie in 2013.

White says the reason why all of those special added bonuses he pays to fighters aren’t made public is very simple.

“Obviously, there’s a lot of money involved and, believe me, many people, including people who work for me, said, ‘If you would just say publicly what you do,’ and I say, ‘but I don’t care.’” White said. “It’s nobody’s business what these guys make.”