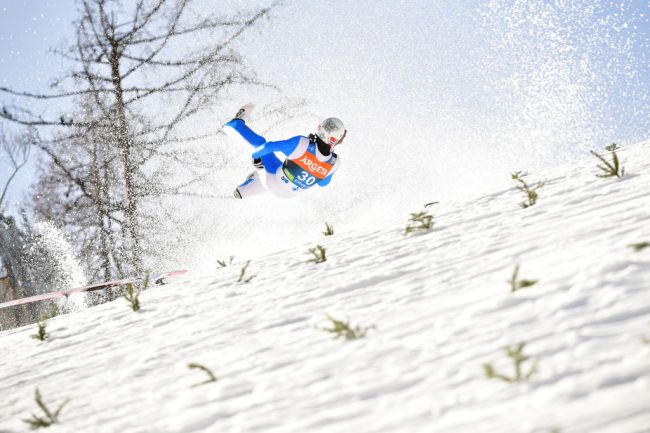 Daniel-Andre Tande, a former sky flying world champion, suffered an incredibly scary crash at a World Cup event in Slovenia on Thursday. The 27-year-old Norwegian lost control just moments after launch and tumbled down the slope after making an extreme impact in the snow. His personal best jump of 243.5m came at this same venue in 2018.

According to reports, Norway’s head coach told news agency NTB that Tande had suffered a broken collarbone and would be kept in an induced coma for 24 hours.

After seeing this crash, if his collarbone was the only major injury he suffered, Tande is an extremely lucky man.

The International Ski Federation provided an update on Tande explaining that he had to be intubated and mechanically ventilated when he was admitted in the ambulance.

“The fall has looked dramatic for us and we are now relieved after the first diagnosis that Daniel’s injuries are not life-threatening, we have full confidence in the University Clinical Centre in Ljublijana,” the team leader of the Norwegian Ski Jumping team said.

His coach told reporters that medical staff had checked his head and neck, and all was okay.

Tande was a major piece that helped Norway win the team ski jumping event at the 2018 Olympics in Pyeongchang. Hopefully, Tande will be able to recover and return to competition at some point down the line.