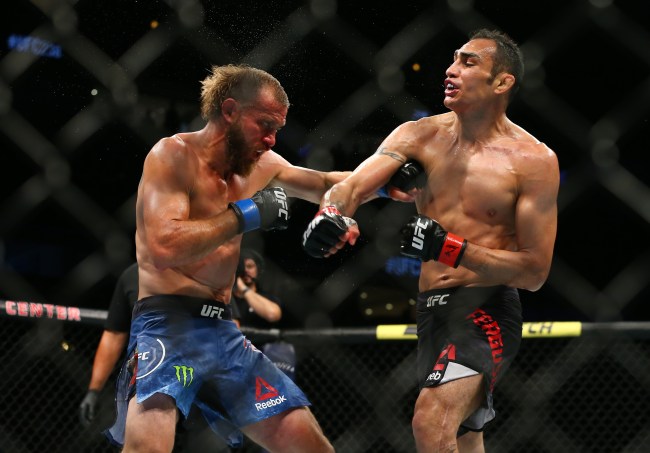 If you need any more proof that mixed martial artists are professional lunatics, look no further than UFC 238’s Fight of the Night between Daniel ‘Cowboy’ Cerrone and Tony Ferguson.

The long anticipated fight didn’t last as long as fans hoped, as Cerrone was unable to continue after the second round due to a broken orbital bone.

Ferguson’s 25th victory didn’t come without controversy, as Ferguson snuck in an uncontested shot to the nose of Cerrone after the second round bell rang.

The shot contributed to Cerrone attempting to clear his sinuses of blood and snot in between rounds, but this led to his eye immediately swelling shut. Event doctors were subsequently forced to call the fight, handing Ferguson a win that Cerrone’s teammate and cornerman Joe Schilling was not happy with.

You know what all these mma outlets saying that’s a tko can suck my fucking dick. You get your nose broke by the hardest shot of the fight which was after the bell go back to the corner with your lower eye lid swollen and tell your coach fuck it I’m giving it all next round then blow your nose and it swells up from the broken nose from a late shot and they call the other guy winner by tko. Fuck you. If you get kicked in the nuts after the round is over and can’t continue they get the win? straight up fucking horse shit. Respect to Tony it was a great fight he’s not in control of the decision but calling that a win is ridiculous calling that a win by tko is fucking criminal . Run it back I know a guy

Schilling seemed to be more irate than Cerrone, who was surprisingly jovial after being on the losing end of an unfortunate circumstance.

Just looking at these photos gives me a second-hand concussion. 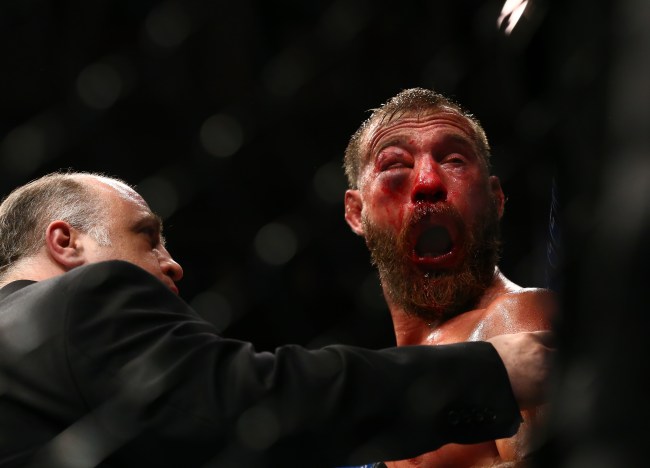 This is now a Donald Cerrone eye fan account. pic.twitter.com/0OKLFyHpSV

If one photo sums up Cowboy Cerrone than this is it.#UFC238 pic.twitter.com/8RQjqFcQ4R

Someone compiled images of the last seven opponents that Tony Ferguson has faced, and it appears that cheap shot or not, Cerrone’s face was going to end up looking like mashed potatoes by the end of the right anyway.

Faces of Last Seven opponents that Tony Ferguson has faced:

I knew he looked familiar…

What would possess someone to choose an MMA career path is beyond me, but I’m so glad there are people who do.
https://www.instagram.com/p/BygKB19BERa/