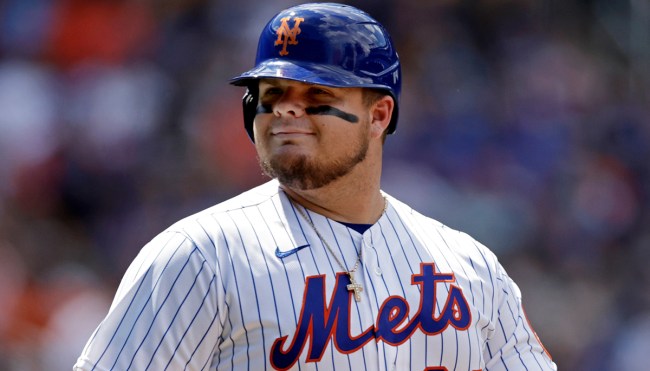 When you consider the vast majority of professional athletes are physical specimens who possess the kind of physique capable of making the Vitruvian Man feel bad about himself, there’s something particularly refreshing about seeing someone who looks like they have absolutely no business getting paid to play a sport for a living doing exactly that.

It doesn’t take a genius to figure out the reason John Daly is one of the most beloved golfers on the planet is because he managed to rack up over $10 million in career earnings while living a lifestyle that largely revolved around ripping cigs, alternating cans of beer and Diet Coke, and crushing McDonald’s and Hooters.

The nature of baseball means the MLB has been home to a relatively inordinate number of players who’ve more than managed to hold their own while packing more than a few extra pounds. That list includes fairly notable names like Prince Fielder, Pablo Sandoval, and CC Sabathia (the last of whom got impressively jacked in retirement) along with guys like Bartolo Colon, Bengie Molina, and Rich “El Guapo” Garcés.

There’s also Daniel Vogelbach, the fairly hefty lefty who stands at  6’0″ and clocks in at 270 pounds. The designated hitter harnessed some of that heft to hammer a monster home run as a member of the Pirates earlier this season, and it didn’t take long for him to chug his way into the hearts of Mets fans after being traded last month courtesy of the impressive hustle he’s repeatedly shown off on the basepaths.

Now, Vogelbach has managed to cement his legend even further courtesy of what unfolded when the Mets had players choose a walk-up song by a female musical artist as part of the”Women’s Day” celebration at Citi Field on Wendesday.

In honor of Women’s Day at Citi Field, the following Mets have selected songs by female artists to walk out to: pic.twitter.com/JskahHK2tk

It’s safe to say the DH couldn’t have opted for a more perfect song.

Fans absolutely ate up a video of him strolling to the plate while Kellis’ “Milkshake” blared throughout the stadium.

I’ve thought about it for a few innings, and I think Daniel Vogelbach walking up to “Milkshake” is a peak moment in baseball history

Here’s to hoping he gives the people what they want—nay; what they deserve.