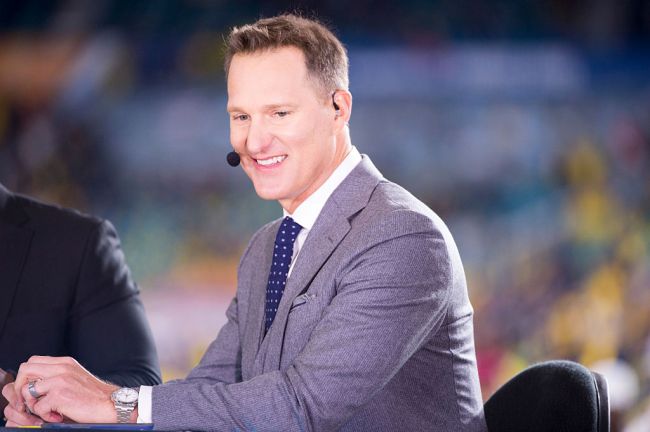 The NFL Draft isn’t just for the players being drafted, it’s also an opportunity for NFL reporters and media members to stand out, deliver great stories, or catch fire on social media with their own astute observations.

Danny Kanell took a rather aggressive route with his attempt to rise above all the nonsense on Twitter during Thursday night’s first-round but swung and missed with one of the most pointless, dumb tweets imaginable.

Kanell decided to poke the two bears nobody should ever poke: SEC football fans, and particularly Alabama football fans.

As the draft unfolded, Kanell had this revelation that Alabama has really talented football players and that a lot of Crimson Tide players had their names called on Friday night. He then decided to do some hardcore investigating and some pretty serious math to find that if Alabama wasn’t in the SEC, then only six SEC players would have been drafted in the first round.

Kanell wanted to make it a point that Alabama has the most talent of any program in the country – which everyone already knew – and with that being the case, SEC fans should just go ahead and stop with their ‘SEC, SEC, SEC’ chants because Alabama is, apparently, the only reason the conference is considered such a powerhouse.

So please correct that UGa, LSU, or Tex AM fan when they chant "SEC, SEC, SEC" they should really be chanting "Roll Tide, Roll Tide"

It’s interesting that Kanell didn’t mention his alma mater, Florida State, in the tweet. Maybe it had something to do with the fact that the Seminoles didn’t produce a first-round pick this year. They also didn’t produce one in 2020, either. In fact, his ‘Noles have managed to have just six first-round picks since 2014.

He did however call out LSU and Georgia, which is a bold move seeing as how LSU has had six first-round picks over the last two drafts alone while Georgia has had seven since 2018. But whatever you say, Kanell, Alabama is the SEC.

Lastly, if he’s trying to make the point that the Big Ten is more well-rounded or not lopsided, did he forget that Ohio State plays in the Big Ten?