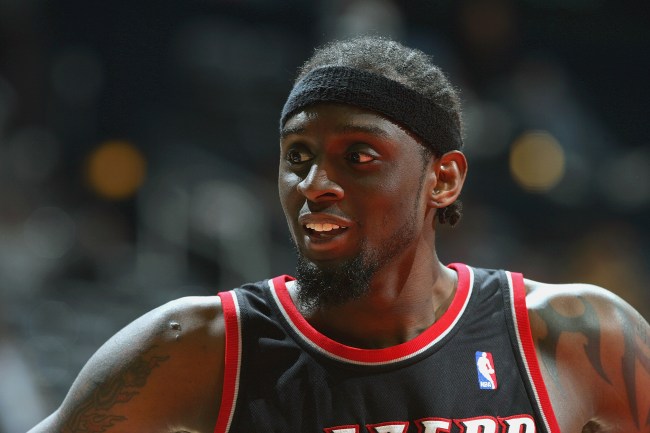 Darius Miles, a former NBA Lottery pick who was once looked at as a rare talent, used to be on top of the friggin’ world. After coming straight out of high school and being drafted No. 3 overall in the 2000 NBA Draft by the Los Angeles Clippers, Miles’ NBA career ended up going a little less successfully than he had hoped. Not only did he squander the chance of a lifetime, but he also lost a ton of money in the process, eventually losing $60 million by filing for bankruptcy. It’s a sad fall from grace, but Darius Miles still has some incredible stories from his days in the NBA.

One of those stories was how Miles and his Clippers teammate, Quentin Richardson, got courted, and then hooked up, by Michael Jordan, with MJ wanting to give both young stars a Jordan Brand sponsorship. According to Miles, this was his first interaction with the GOAT, and Jordan wasn’t taking kindly to the boys wearing AND1 sneakers.

Per a story Darius Miles wrote last October in The Players’ Tribune:

People ask us all the time how we got signed by Jordan Brand so young. We were rookies rocking Jordan Brand. Man, it’s a crazy story. Right after we got drafted, me and Q were at Jordan’s camp in Santa Barbara. This was right after Zo’s Summer Groove. So we’re sitting around after a game, icing our knees or something, and MJ comes walking over to us, looking all concerned.

He’s looking down at our feet.

He says, “What’s all this bullshit?”

Man, that summer, And1 had been sending us all this free stuff. I’m talking crates of shoes, clothes, headbands. That was when And1 was really popping, so we were rocking with it. We don’t know no better! We’re 19, like, we winning!

MJ is not having it. He’s looking down at our feet, wild disappointed.

He’s looking at us, cold. Studying us.

MJ turns around, super cool, and he just goes, “Alright, I got you.”

Like two days later, our agent is calling us up all breathless and whatnot, like “Guys! I just got these contracts faxed over from Jordan Brand! Guys! God damn!”

I mean, Mike’s picture was on my mantle in East Saint, you know? That meant more than anything that he showed us respect like that and made us part of his family. We started getting all these boxes of super-rare Js mailed to us before they even came out…

But that was the moment that was like … Damn, look at where we are now.

Although Darius Miles initially got hooked up with tons of rare Air Jordans my Michael Jordan himself, he eventually left Jordan Brand for Reebok, meaning he had to get rid of all those kicks that he got for free. That sounds like a total bummer, but Miles actually did some good while cleaning out his closet, gifting all of his rare Jordan PEs to a couple of teenagers.

“I left and went to Reebok, and I was under Allen Iverson’s line. Most of the Jordans I had, I gave them to these two kids,” Miles said. “One was from Texas, and the other was from Memphis. My momma kinda built a rapport with they moms, and they was like me — young kids wearing a size 18 … So they didn’t have no options for shoes. So me and my mom shipped them out, I wanna say 40-50 pairs of shoes apiece. When my mom did it, all three moms were on the phone boo-hoo crying.”

That’s pretty awesome of Darius Miles to do. Sure, he couldn’t really use them anymore because of his contractual obligations to Reebok, but he could have at least pawned them off and made a hefty amount of cash. Or, hell, he could have kept them and just not tell anyone. Instead, there are a couple of dudes out there with some of the rarest Air Jordans ever created, which makes me kind of jealous after hearing how they got them.