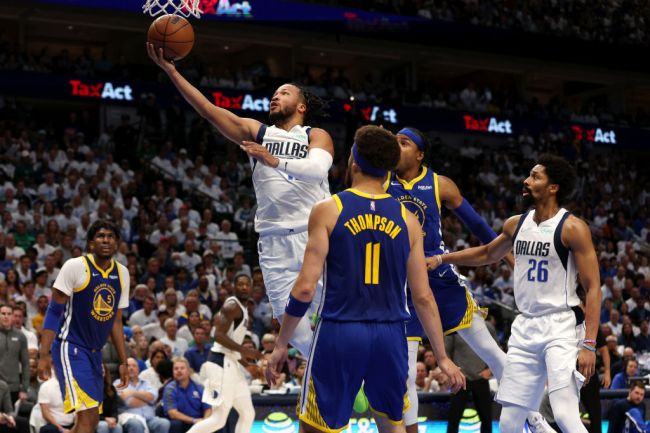 The New York Knicks have done everything in their power to clear cap space this offseason to land Jalen Brunson in free agency.

On draft night, they made trades with the Thunder, Hornets and Pistons that has fans confused about exactly what and who was going where. In the end, they traded this year’s first round pick, wound up with some future 1st rounders, and, most importantly, got rid of Kemba Walker.

Yesterday, they followed that move up by trading a couple more picks and some cash to the Pistons to offload Alec Burks and Nerlens Noel and clear $19 million of cap space.

These moves have all seemingly been made with one goal in mind. The Knicks want to sign Jalen Brunson and are reportedly ready to offer him a huge contract to make it happen.

Now, after shedding all of that cap space, there may be something else standing in their way. Brunson is taking meetings with the Dallas Mavericks and the Miami Heat.

The Heat gave Kyle Lowry a pretty sizable contract last offseason to take over as their point guard. If they were to make a move for Brunson it would likely require them to land him in a sign-and-trade that sent Lowry to the Mavs.

Brunson also doesn’t really fix the major issue the Heat have right now. The team has a bunch of good players around Jimmy Butler, but no second star. Brunson wouldn’t really change that, but would be another good player on the Heat.

Still, the Knicks can’t be thrilled to see that they have more competition than expected for their top target in free agency.