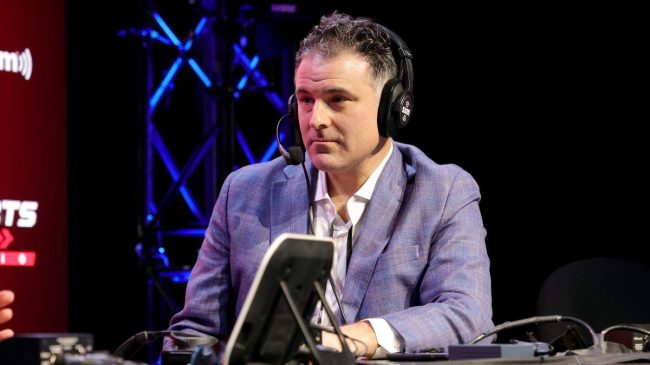 New York Yankees superstar Aaron Judge yet again made history on Tuesday night when he hit his 62nd home run of the 2022 MLB season.

The home run not only surpassed Roger Maris’ club record but also set a new American League record. While it may not be the MLB record for homers in a season (regardless of what anyone claims), the home run ball is undoubtedly extremely valuable.

One fan even went to ridiculous lengths, jumping out of the stands to the ground below to try to snag the ball. It failed, miserably.

A FAN JUMPED OFF THE RAILINGS TO TRY AND GET THE BALL IF IT FELL ON AARON JUDGE’S 62ND HOME RUN 😂😂😂😂 #YANKEES #AARONJUDGE pic.twitter.com/0fKYuIhVNq

How much the ball is actually worth is up for debate. And two of the sports world’s biggest dweebs, Darren Rovell and Nate Silver, did just that on Twitter.

The fight began when Rovell, who claims the ball is worth $2 million, said that the fan who caught the ball should wait to sell it.

If I’m guy who caught Judge No. 62, I hold out all negotiations until the regular season ends.

Why? Because if Judge doesn’t hit another one, it’s worth at least DOUBLE.

Silver, however, said that the fan would be a fool to hold onto the ball. The 538 founder argued that if Judge does hit another home run, the value drops dramatically.

If he does hit another home run though it's worth less. The expected value doesn't change.

Rovell offered quite the comeback.

That seemed to infuriate Silver. Not only did he offer a comeback, but he took a huge swipe at Rovell’s credentials.

You work for a gambling website and don't have a grasp of basic statistical concepts.

After which Rovell quickly backed down.

Missed the “expected value” part. Working at the speed of light here brother. Give me a break.

While the home run ball likely isn’t worth $2 million, it is worth quite the chunk of change. Brendan Kuty of NJ.com recently reported that the ball could fetch upward of $1 million on the open market.

“Someone is going to make a lot of money,” said Brian Kathenes, managing partner of National Appraisal Consultants”

Estimates in the piece range anywhere from $200,000 to $5 million. Watching two dorks duke it out on Twitter? That’s priceless.