Davante Adams Shares New, Yet Unsurprising Reason For Why He Left The Packers 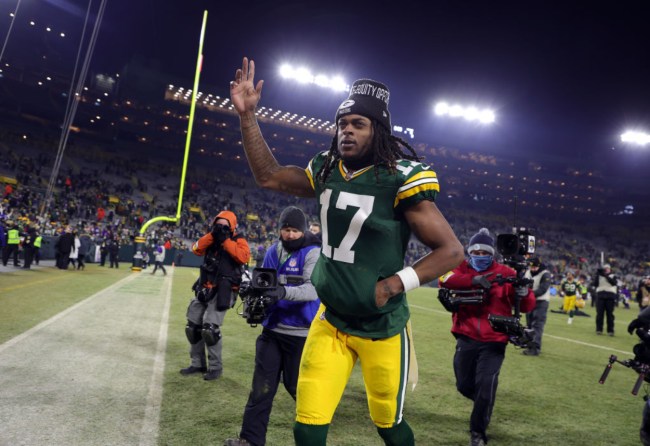 Davante Adams spoke about his surprising departure from the Green Bay Packers and specifically mentioned the uncertainty around Aaron Rodgers‘ future as a deciding factor.

Adams was traded to the Las Vegas Raiders back in March, and while he shared that Green Bay wanted him to stick around offering him more money than Vegas, the retirement chatter surrounding Rodgers was something he couldn’t get past.

The wide receiver spoke with Rodgers before the move, but couldn’t take the risk of sticking around Green Bay with so many uncertainties.

“He mentioned we had talks about his future and what he thinks his duration in Green Bay or just football in general would look like, and, you know, that played into my decision, as well,” Adams said about Rodgers.

“Because where I am in my career — and this isn’t a shot at anybody, any other quarterbacks, in Green Bay, I love Jordan Love especially, he’s a great guy — but I got aspirations of doing really, really big things and being remembered, and I just wasn’t really a point in my career that I was willing to sacrifice Aaron not being there after a year or two. So my decision was to be here.”

Adams has made it clear since the trade that going to play with Derek Carr, his college teammate and good friend, played a huge role in the move. However, he’s made it clear that Rodgers not exactly knowing what the next couple of years for him looks like helped make the decision even easier.