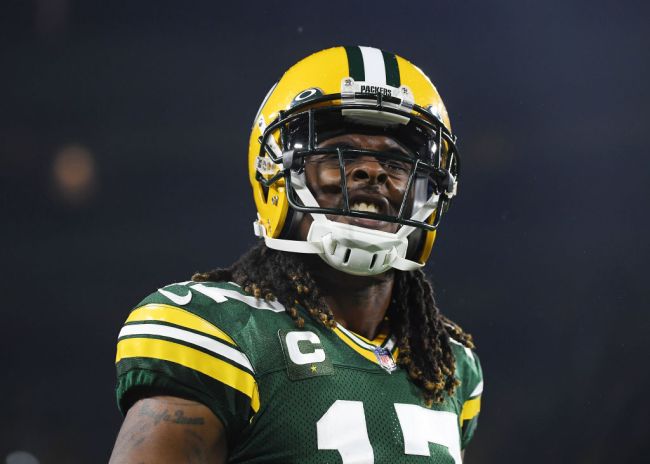 As the Green Bay Packers gear up to face the Chicago Bears this weekend, wide receiver Davante Adams is not placing extra emphasis on the rivalry. Sunday will mark the 203rd meeting between the NFC North opponents.

Adams doesn’t care. His mindset does not change each week for different opponents, he is all business, all of the time.

When the 28-year-old was asked about the importance of the Bears-Packers rivalry, he brushed off the stigma surrounding the game. He keeps his killer instinct for every team that Green Bay plays.

In response, Adams said that he hates every single person that lines up across the field from him and his team.

Davante Adams asked about the Packers-Bears rivalry: “I hate everybody that I play against.” pic.twitter.com/SesR1EpS9T

In a world where there is significant over-emphasis on how “buddy/buddy” that athletes can be today, Adams’ comments are refreshing. It doesn’t matter who Green Bay is playing— it could be his best friend or even his kin— for 60 minutes on Sunday (or Monday or Thursday), Adams hates them.

He has one thing in mind and that’s destroying every single opponent. And the way that he said it, completely straight-faced, makes his comments even better.

Former NFL wide receiver Chad Johnson chimed in on Adams’ comments, giving him his praise as one of the greatest of all-time.

Green Bay travels to Chicago on Sunday for a 1:00 ET kickoff against the Bears. Adams hates them.