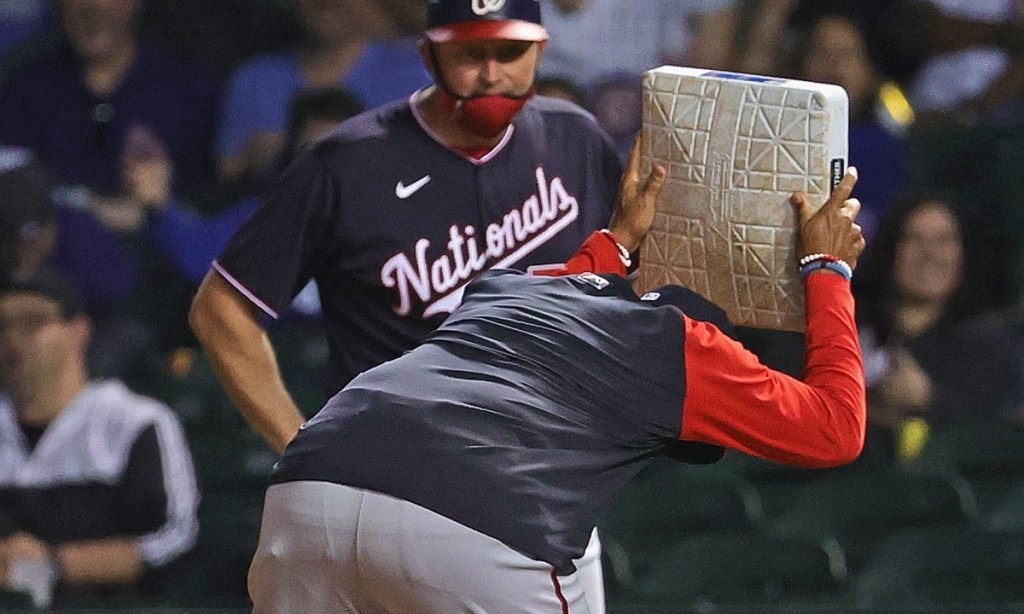 I’ve been a big fan of Nationals Manager Dave Martinez for his entire coaching career. We loved him down in St. Pete when he was Bench Coach for the Rays under Joe Maddon for years. And I’ve kept tabs on him with the Nationals for Fantasy Baseball reasons (got a few players on the team).

He was ejected on Wednesday night during the 7th inning of a game against the Chicago Cubs. This wasn’t a normal ejection. Martinez didn’t just walk off to the locker room. His meltdown was epic.

The ejection happened after umpires believed Trea Turner blocked the baseline while running to 1st Base on a dropped third strike. Washington Nationals Manager Dave Martinez was furious about the call. He went out and argued his case and the umpires tossed him. That’s when things got real good.

Davey Martinez has had enough with these umpires pic.twitter.com/6MVQEEbWTv 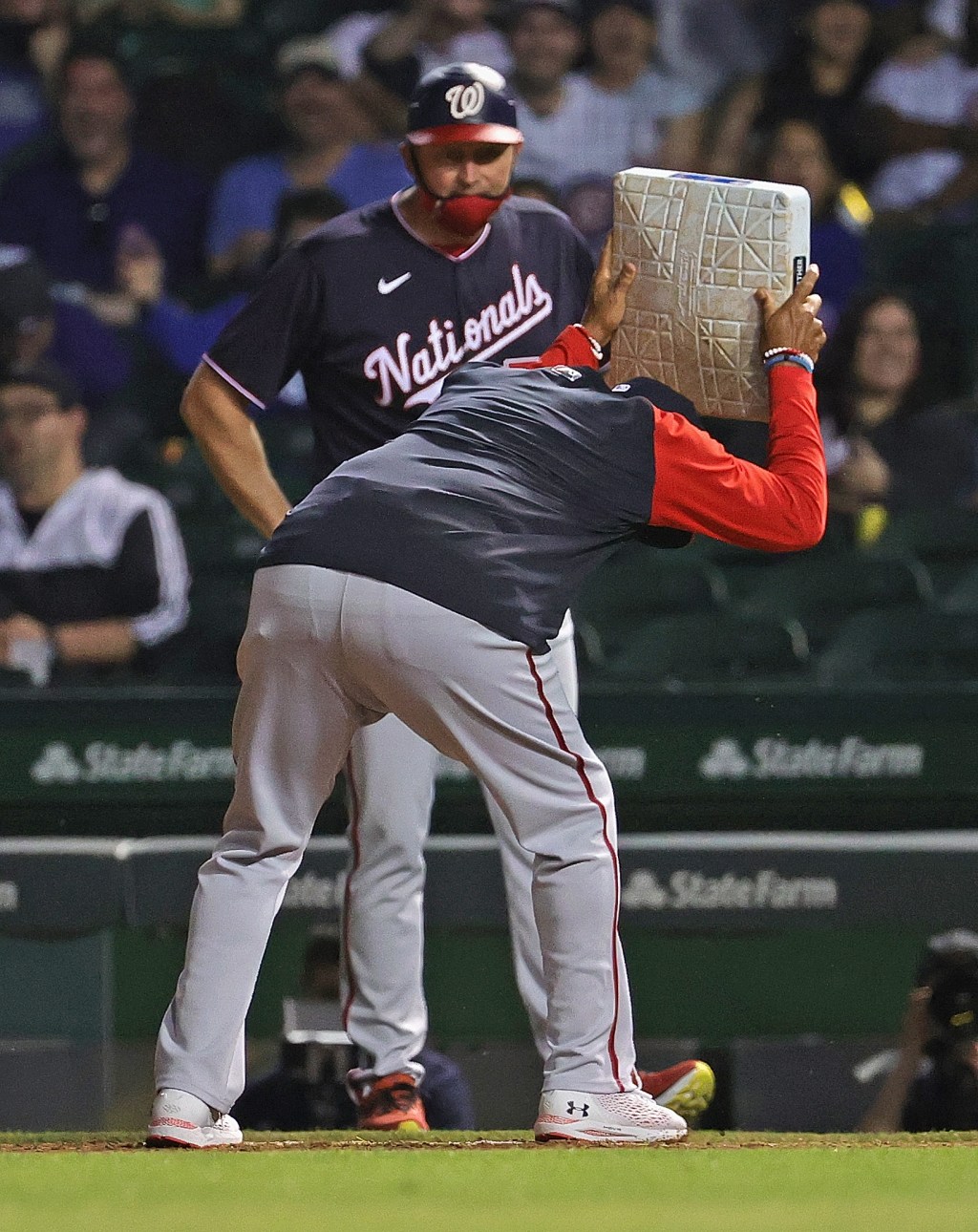 From this angle below, it’s 100% clear Tre Turner was running the correct path. The Nationals Manager was completely justified to argue his case against the umpires and they were idiots for ejecting him from the game.

Can someone tell me how Trea Turner is supposed to run to 1st here? Because he was called out for runner interference. pic.twitter.com/SETvzgwNXh

I’d say that the umpires should be fined for making such a horrendous call but if they didn’t make that call then we wouldn’t have been treated to this glorious meltdown. For whatever reason, I’ve followed the career of Dave Martinez more than I should. I’m in a keeper Fantasy Baseball league and have had a handful of Nats players on my team so I catch their games.

Looking for more baseball news on BroBible? Check out this clip of Clayton Kershaw holding six baseballs at once. Or Hall of Famer Rod Carew sharing his secret to hitting a baseball off of Nolan Ryan.