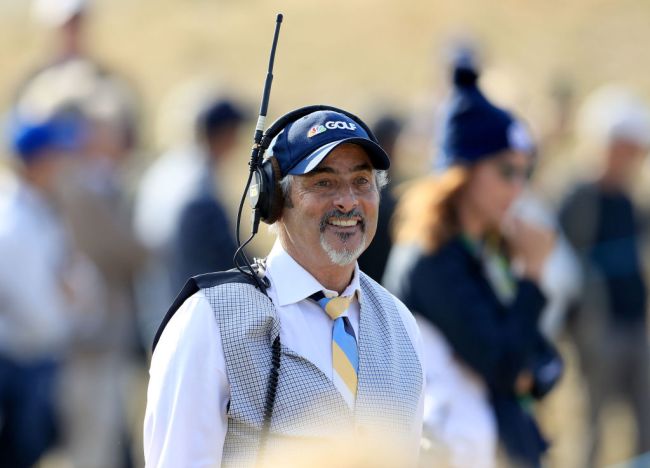 Whether you’re a serious golfer, a weekend warrior, or just a casual fan of the game, you know who David Feherty is and chances are you’ve tuned into his show ‘Feherty’ a time or two. Unfortunately, the Emmy-nominated golf talk show has come to an end after a decade-long run and nearly 150 episodes.

Feherty interviewed a countless number of special guests including Jack Nicklaus, Brooks Koepka, Annika Sorenstam, Phil Mickelson, and John Daly just to name a few. Feherty is one of the most recognizable faces and voices in sports and he has an intriguing, unique interviewing style that created a solid product getting to know some of the greats of the game.

The show also gave us great moments like Mickelson dressed like a biker and a look into Patrick Reed’s living room filled with incredibly expensive Mackenzie-Childs furniture.

Related: David Feherty Once Shat Himself Before Interviewing Tiger Woods

Feherty learned that his show would be coming to an end during the Spring of 2020 shortly after the pandemic shut down the golf world. Given the strict COVID-19 restrictions, new episodes weren’t able to be filmed. This was also right around the time Golf Channel announced it would be moving from Orlando to Stamford, Conn.

Nevertheless, Feherty explained that he didn’t know any exact reasons as to why the show was completely canceled.

“I don’t know what the reasons were for the decision. I think it was a combination of things,” Feherty explained, according to Golf Digest. “We haven’t been able to shoot any episodes because of COVID. The Golf Channel move. I don’t know. Maybe it was just time.

“I think a lot of people are going to be surprised that it got canceled. It always sort of amazed me the [number of] people that watched. Ten years is a whole lot more than I thought I would do. I loved doing it.”

Feherty’s last show aired in September when he sat down with 2019 Open Champion and fellow Irishman Shane Lowry.

The 62-year-old will remain a part of the NBC and Golf Channel broadcast team after reportedly signing a three-year deal with the network in December of 2020.