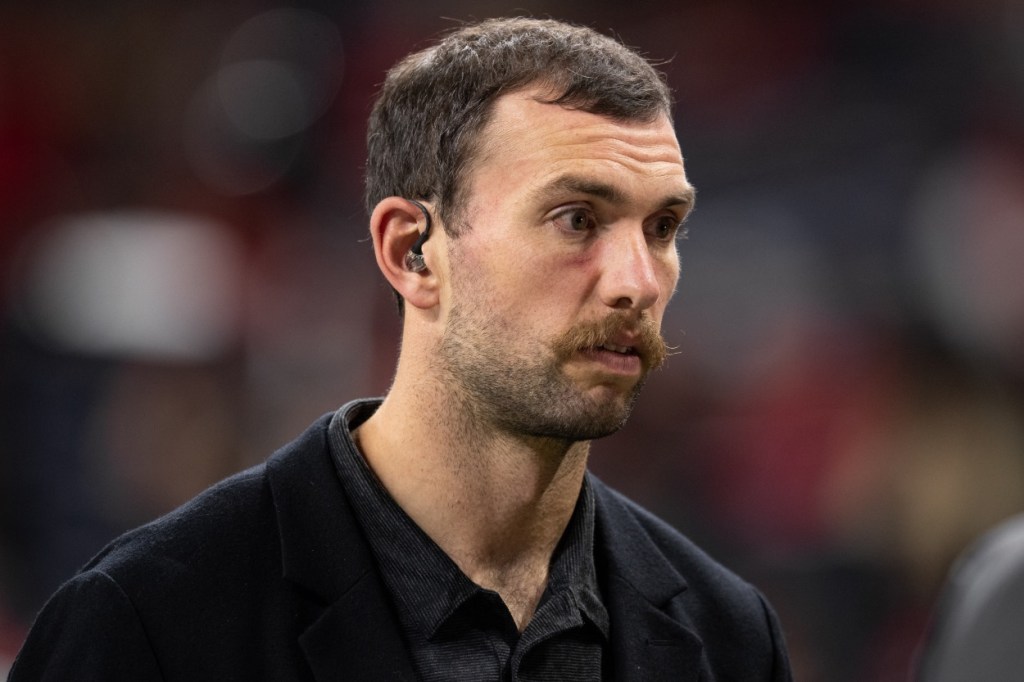 The NFL world was shocked when Andrew Luck abruptly and unexpectedly retired from the NFL back in 2019 after seven seasons with the Indianapolis Colts. Andrew Luck’s NFL career was plagued by injuries, which was ultimately the reason he retired at 29-years-old, but prior to retiring he’d won the NFL’s Comeback Player of the Year Award.

Since retiring from the NFL, the football world hasn’t seen Andrew Luck a ton. That’s why everyone was delighted and shocked to see a skinny Andrew Luck show up during ESPN’s National Championship coverage. Luck didn’t provide many life updates during that appearance but he did offer this tidbit of advice for players in the game: “Limit turnovers and enjoy the moment!”

What Has Andrew Luck Been Up To Since Retiring From The NFL?

For the most part, Andrew has led a pretty private life since retiring. He got married about five months before announcing his retirement then Andrew and his wife Nicole Pechanec welcomed a baby daughter three months later. So he’s clearly been busy being a dad for the past few years but Andrew former OC and coach, Stanford head coach David Shaw, shared an update on what Luck’s been up to lately.

David Shaw made an appearance last week on The Rich Eisen Show where he said Andrew’s living his best life:

David Shaw: “Andrew Luck is doing better than all of us combined. He knows himself, he’s comfortable with himself. The rest of us would love to see him go out there and sling it around, but his career is too short, obviously, but it was an amazing experience for him and now he’s moved on. He’s a husband and a father, and looking for that next chapter in his life.”

What’s The Next Chapter Of Life Look Like For Luck?

Rich Eisen: “What is it (the next chapter)? Is it anything to do with football, do you think?”

David Shaw: “Uhh, I’m not sure. As you can imagine, he’s got a million opportunities but he’s enjoying life and he’s taking his time. He’s got forty years to figure it out, at a minimum. He’s just one of those guys that’s looking at a lot of different things. He’s been in touch with a lot of different people.

I think, when he does dive into his next enterprise, it’ll be something that benefits people. So that’s all I’m comfortable saying right now. I think he’s a very conscientious person and he still, beyond football, wants to make an impact in our society.”

Here’s that full segment from The Rich Eisen Show on February 24th in case you missed it:

If you didn’t catch our article back in early January featuring Andrew Luck in ESPN’s coverage of the College Football National Championship, you can read that here. In the meantime, here’s what Andrew looks like in his post-NFL days:

Andrew Luck in the house for the #NationalChampionship 🙌 @CollegeGameDay pic.twitter.com/lVNYj9bDFN

What an absolutely magnificent human being Andrew Luck has morphed into since retiring. That mustache with the ‘DGAF’ haircut every dad with young kids has pairs perfectly together. It’s great to hear from Coach Shaw that he’s doing so well and I think all of his fans look forward to whatever the next chapter holds for Luck.