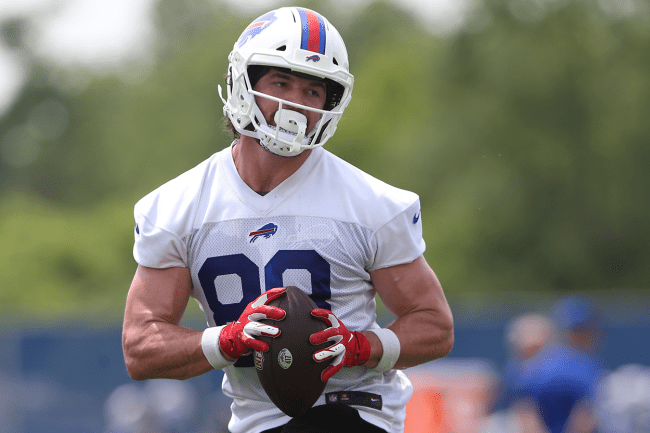 Bills tight end Dawson Knox is entering his fourth year in the league. The 25-year-old was drafted in the third round of the 2019 NFL Draft and has slowly blossomed into a crucial component to Buffalo’s offense.

Not only is he continuing to grow into a bigger and bigger role within the passing game, catching a career-high nine touchdowns last season, but he is a fantastic blocker. He is becoming a fantastic edge-sealer.

Dawson Knox got better at other things too 😍

And when Knox gets the ball in the open field, he is a mauler.

#Bills Dawson Knox is back in Nashville for TE University. #BillsMafia

Earlier this week, Knox shared one of his secret recipes for helping him maintain his physique and weight goals. He said that he is a firm believer in drinking his vegetables over eating his vegetables, and his trick do doing so sounds pretty delicious.

Here are the ingredients:

Take a look at the finished product: