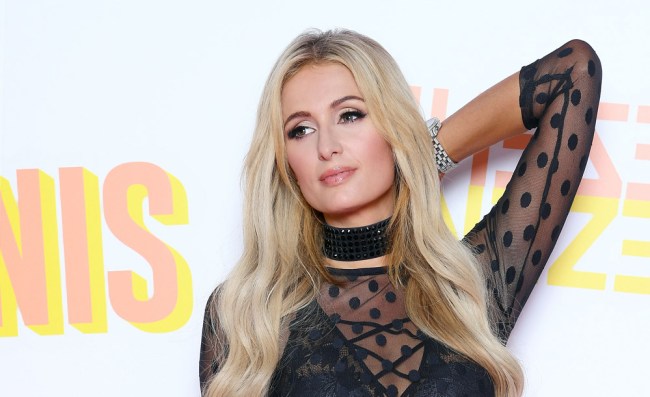 If you need further proof that famous people live in a completely different world than the rest of us riff raff, this story former NFL defensive back DeAngelo Hall told about a run-in he had with Paris Hilton during his 2004 rookie season will definitely do it for you.

The three-time Pro Bowler, who just retired after 14 years in the NFL playing for the Falcons, Raiders and Redskins, appeared on Simms & Lefkoe: The Show this week, and somehow the topic turned to rookie hazing.

After being drafted eighth overall in the 2004 NFL Draft, Hall and his fellow Atlanta Falcons defensive backs took a trip to Las Vegas. Having just signed a $230,000 (with a $2.1 million signing bonus), his teammates felt he should shoulder the load and pay for the trip – a not uncommon occurence in the NFL.

One night while he and his Falcons crew were out at a nightclub, seated a table between Paris Hilton and “The Hoff” himself, David Hasselhoff. And they must have had a very good time, because when the bill arrived and the grand total was a whopping $15,000.

Hall was obviously less than thrilled at having to cover this enormous tab, but before he could pay, Paris Hilton snagged the check and covered the entire thing, ruining the hazing effort of his teammates.

Listen to the entire story below…