Volume 47 of Debate The Slate is here and we bring the noise!

Dom and I open the show by diving into the 2018 Winter Olympics in PyeongChang. Mostly we talk about how awesome some events are and the great storylines yet we haven’t watched a ton of the big events. Also, I go on a mini-rant about how much I love curling because it’s the chillest sport ever.

Next, I’m joined by the one and only Brad Evans. Brad is an award-winning writer for Yahoo Sports, fellow degenerate, and champion bracketologist (no bullshit). Brad and I dive deep into this year’s bizarre season of college basketball. I declare that there are no good teams before asking Brad, “Just how bad are my Kentucky Wildcats?” He talks about what teams have a real chance to cut down the next in April and what teams could make an unexpected tourney run.

Be sure to follow Brad on Twitter, he’s giving out winners and hot takes for the masses: @YahooNoise

To close out the show, Dom and I made some picks for Friday night games. Enjoy – it’s a quick but fun edition of Debate The Slate! 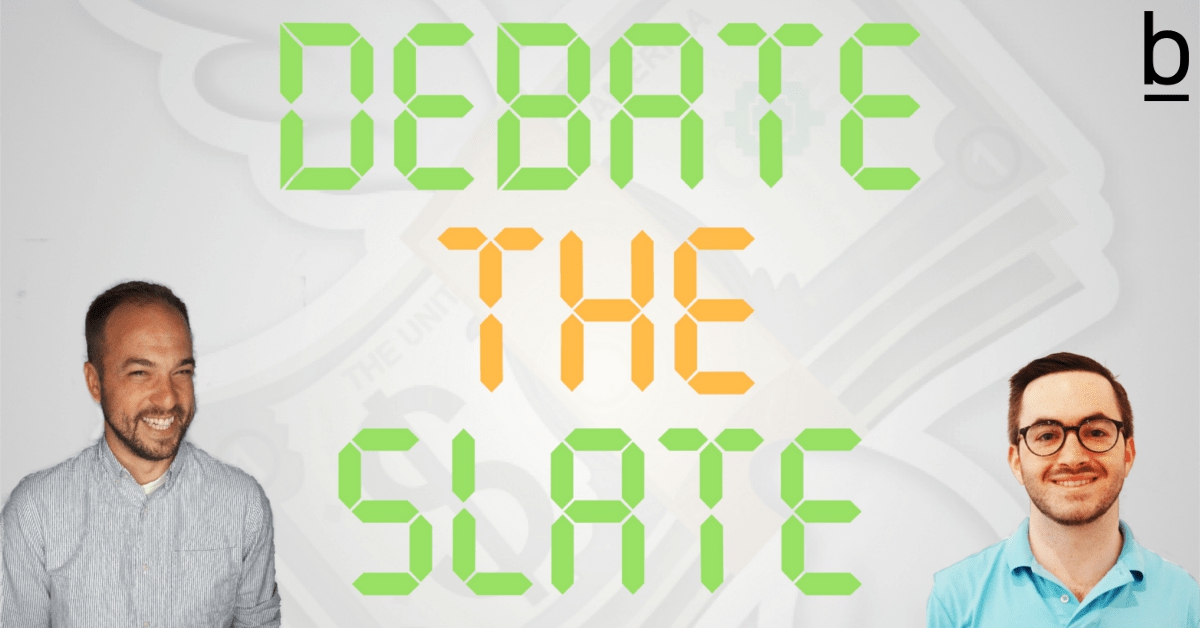