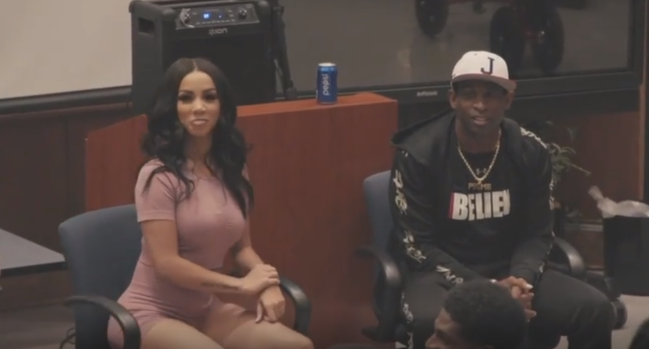 Jackson State head coach Deion Sanders thought Brittany Renner was the perfect person to talk to his players about women pursuing them solely because they’re athletes considering Renner wrote a book about her exploits with famous celebrities.

On Thursday night, Sanders released a video of Renner speaking to Jackson State football players to prepare them in how to deal with shady women on social media who have ulterior motives.

“It’s my responsibility as a Coach to prepare my young men for any and everything on the field and off. I brought in @bundleofbrittany to educate them on how the game is played between man & woman at their age & stage. The mess may not be for everybody but trust me it’s for somebody.”

Renner gave a passionate speech while advising the players to be careful with who they decide to get into a relationship with.

PJ Washington, who apparently feels like he got trapped by Renner, probably wishes he had a coach like Deion Sanders while he was in college.