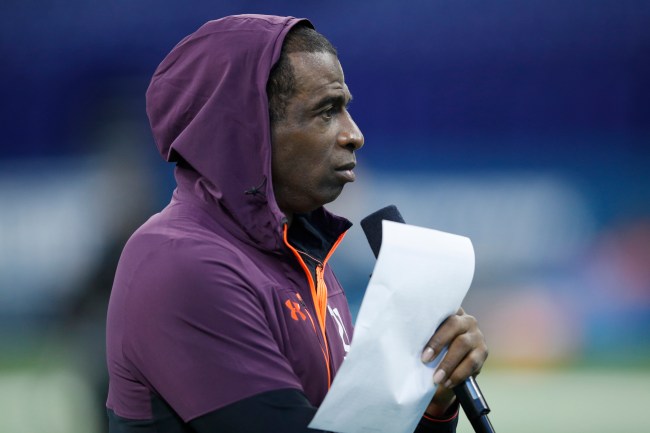 Deion Sanders has seen and heard a helluva lot during his time around football — including his own struggles with depression from his superstar personality. But the analyst and new head coach for Jackson State was literally floored when he was told about Nick Foles’ nickname that, if you’re reading this, we all know to be “Big Dick Nick”.

I’m going to go out on a limb and just assume Foles’ big dick attitude doesn’t have much to do with his attitude at all. That’s because there are legendary stories out there about the Chicago Bears’ quarterback being hung like a fucking clydesdale, with one of his former teammates on the Philadelphia Eagles, Connor Barwin, answering a question back in 2014 that revealed what we all had heard: That the Super Bowl winning signal-caller has quite the large manpiece.

At this point, it’d seem like everyone knew that Nick Foles’ nickname was “Big Dick Nick”, right? Well, not Deion Sanders, who didn’t even have enough strength to keep his jaw from dropping after being told about the moniker during Barstool’s The Pro Football Show during Sunday’s Week 4 NFL action. Just take a look at Prime Time’s reaction below.

It’s pretty hilarious that Deion Sanders, who was the party boy of party boy’s during his heyday in the NFL and in MLB, was floored with the information he had just heard about Nick Foles’ nickname. Like, somehow, this is the most disturbing thing that Sanders has ever heard.

The fact that both Barstool’s Dave Portnoy and Dan Katz have to explain the nickname to Prime Time, while reminding him that it’s not what they call Foles, but something everybody refers to him as — makes this an absolute golden video. With Deion now back around college kids after taking that Jackson State head coaching gig, he might want to dust himself off and be prepared for lots of ridiculous things being said around him more often now.