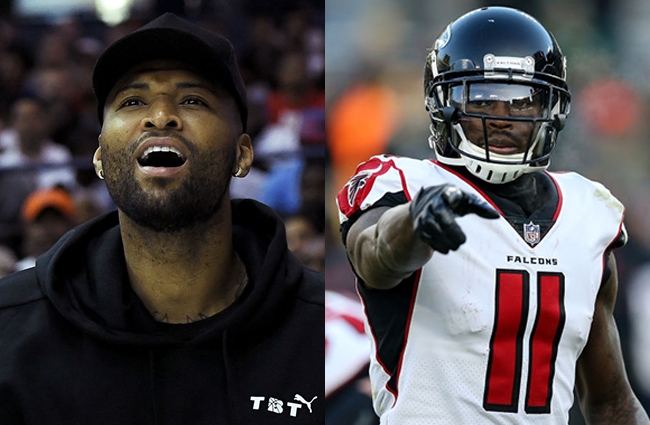 There are so many stories out there about professional athletes who managed to overcome the odds on their way to proving their doubters wrong by living and breathing the game they love— the ones who former coaches and teammates remember being the first person to show up to practice and the last one to leave because that’s what was necessary to realize their dreams.

However, not everyone follows the kind of path that puts them in a position to have their life rights acquired by a movie studio on the hunt for an underdog story capable of pulling on heartstrings, as there are plenty of people out there who were seemingly predestined to dominate whatever sport they decided to pursue thanks to their freakish athletic ability.

You obviously have to put in some amount of work if you want to excel on any competitive level but I’m always blown away by the number of guys out there who could’ve gone pro in multiple sports. Based on how things are currently structured, it doesn’t seem likely we’ll see another Bo Jackson or Deion Sanders at any point in the near future but I’d love to see Kyler Murray give it a shot.

There are some people like Murray who have what it takes to be a student-athlete-athlete at the college level but most prospects who excelled at multiple disciplines in high school end up opting to pursue a single one. This was the case with Julio Jones, who made the retrospectively solid call to play football after establishing himself as a track star and a force to be reckoned with on the basketball court at his Alabama high school.

Jones didn’t make it to the NBA but the same can’t be said for his former opponent DeMarcus Cousins, who recently recounted the time their two schools faced off against each other in a game that featured the Falcons wide receiver throwing down a dunk he claims no one in the league has ever been able to top.

Cousins says he’s been unsuccessful in his efforts to track down a clip of the slam in question, but in 2017, Bleacher Report found the next best thing while putting together a profile of Jones in the form of the moment during the radio broadcast when all hell broke loose after fans stormed the court in disbelief of his insane putback slam.

Some people have all of the luck.