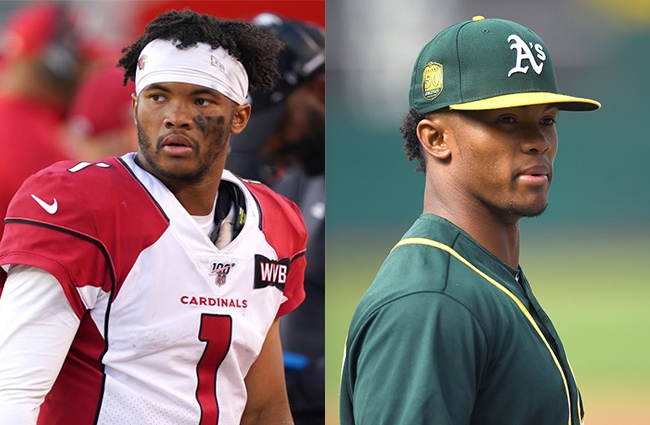 One of the most important parts of being a parent is fostering your child’s ambitions and encouraging them to pursue their dreams and many of us grew up being told that we could do anything we wanted with our lives as long as we truly set our minds to it.

While this is a great way to keep a young person motivated, it’s also a great way to ensure they end up dealing with severe trust issues later on in life after realizing that advice is absolute bullshit.

Virtually anyone who played sports as a kid fantasized about being a professional athlete at some point but the vast majority of us eventually came to the realization we didn’t possess the many qualities you need to have in order to make it to the big time.

For example, I was gifted with a freakish amount of height when I was born and was essentially required to start playing basketball as soon as I could walk. However, I eventually realized an NBA career wasn’t in the cards for me, because while I’m abnormally tall, all of the height in the world couldn’t make up for my lack of dedication and discipline.

On the flip side, there are people who weren’t born with any real notable physical attributes who were able to make it to the pros because they dedicated their entire life to the sport they loved, which is how Muggsy Bogues did what I never could despite having the build of a horse jockey.

However, there’s another category of athlete that exists on a different plane entirely: the freak of nature. These are the people who were seemingly born to dominate any sport they played, and while they certainly have to put in plenty of hard work to get to the highest level, they also have the luxury of being gifted with insane genetic and innate athletic ability.

A sizeable chunk of people who compete for a living played at least a couple of sports in high school before committing to the one they felt would open the most doors for them when they turned their attention to college. However, some of them continued to pursue multiple passions as an NCAA player before finally deciding to dedicate their life to the one that landed them the biggest contract.

This is the case of Kyler Murray, who played football and baseball at Oklahoma before being forced to make a choice after he was picked by the Athletics in the first round of the MLB draft a year before the Arizona Cardinals use their first selection to scoop up a potential franchise quarterback.

Murray ultimately chose to follow the path that would lead him to more money as opposed to the one with fewer concussions and only time will tell how that decision works out for him.

With that said, a small group of people has managed to play in both leagues at the same time, and on Thursday, Murray said he’s confident he could follow in the footsteps of Bo Jackson and Deion Sanders if he ever feels truly urged to be on an NFL and MLB roster in the same year.

Talked to Cardinals QB Kyler Murray today and asked him if he would ever consider playing in the NFL and MLB in the same calendar year:
“I think I could. … Athletically, I think yeah, I could do it. I’ve been playing both my whole life. I would love to add that to the resume."

Murray might not possess the electric personality of those other two guys but simultaneously pursuing a career in two professional leagues could be the very spark he needs to boost his profile. I don’t see it happening at any point in the near future, but with that said, I hope it happens much sooner than later.