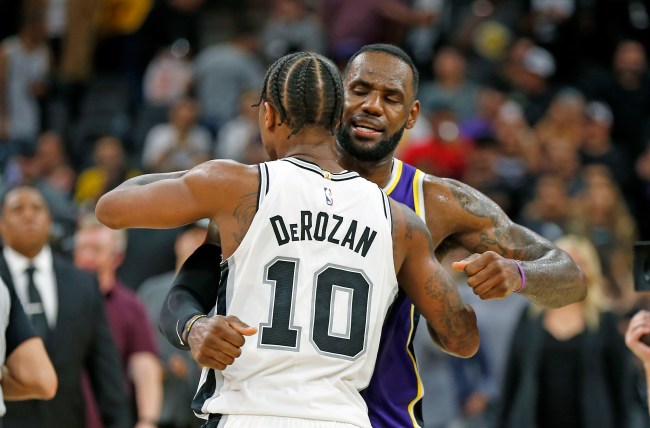 Sports media has a fetish with Athlete IQ, and I myself am guilty of putting the ball gag in my mouth from time-to-time.

It seems like just yesterday we all tricked ourselves into being impressed with Tyler Herro recalling all 12 players selected before him in the 2019 NBA Draft, like it’s a godly feat to remember a dozen people who got a job over you. I remember every person who’s ever insulted me while sobbing in the shower three times a week. Whoopdie doo.

LeBron James and his photographic memory have been an endless well of content for this brand of fetishers over the years, and DeMar Derozan just gifted us with a golden nugget of spank material from the 2016 Eastern Conference Finals Cavs/Raptors matchup.

In 2018, LeBron told Sports Illustrated that his photographic memory is something that allows him to remember all 10 players on the court in each moment of a 48-minute game. And it always has.

“I’ve always had it. A lot of my friends when I was younger playing the game, they were like, ‘Man, how did you remember that play? Or how did you remember that? It was so long ago.’ I never thought about it. I didn’t even know what photographic memory meant when I was younger until I got older. It’s something that I was born with or blessed with.”

“There’s a lot of play calls that I don’t know,” Avery Bradley said. “Me and Danny [Green] look at each other like, ‘What play is that?’ And LeBron knows where every guy is supposed to be, what you’re supposed to do, the timing of everything. His IQ is just crazy.”

I forget my debit card pin twice a month.