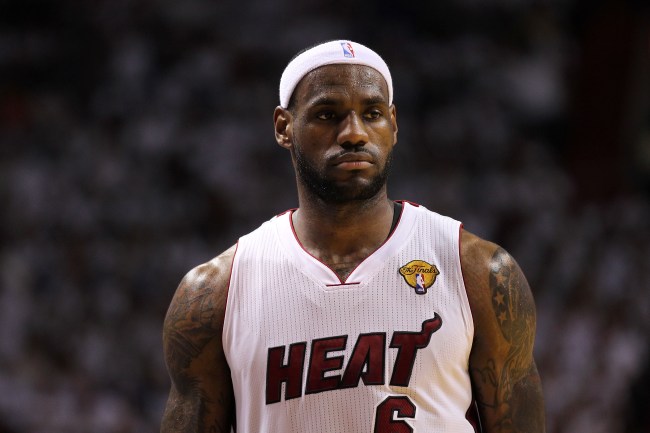 For a guy who’s smoked enough marijuana cigarettes to forget his dad’s birthday, I can’t help but be impressed with LeBron’s ability to recall exact sequences in a career that has seen 1,265 games.

Sure, he knows sports media schlubs like me eat this stuff up, but I can’t remember my debit card pin after six craft beers and LeBron’s out here meticulously describing lightning fast progressions from nine years ago.

Can you imagine trying to recall something, anything from your job that long ago? All I know is I was taking 45 minute dumps.

After the Lakers mushroom-stamped a now very injured Heat team, LeBron put his sharp memory on display by recalling a traumatizing sequence from Game 2 of the 2011 Finals against Dirk and the Mavs.

"That (expletive) burns me to this day."

LeBron James has now played 50 games in the #NBAFinals, but one contest from 2011 – and the lesson he learned from it – stands out. pic.twitter.com/Mh0gfisz1S

“The best teacher in life is experience.

I’ve experienced moments in my career, Finals game, where you had all the momentum in the world and it felt like you had the game under control and one play here, one play there could change the course of the series.

One in particular that always rings home for me is Game 2 of the 2011 Finals. Miami vs. Dallas. D-Wade hits a three right by their bench, I believe put us up 13 or 17, and from that moment on Dallas went on a hell of a run and finished it off with a Dirk Nowitzki left hand layup to finish it off.

That shit burns me to this day.”

The 4th quarter Mavericks comeback in game 2 of the 2011 NBA Finals. pic.twitter.com/8p6J1OhXGq

The Heat were up 1-0 in that series, before the Mavs stole four of the next five to win their first ever NBA championship.

I think. I don’t remember.

PSA: We’ve got a new podcast up and running folks! It’s called The Endless Hustle, and we examine the lives and aspirations of your favorite athletes.

Our first guest is former Rangers enforcer Sean Avery, who talks about his hatred for NYC mayor Bill de Blasio, his Call Her Daddy beef, and his role in Christopher Nolan’s new film TENET.

Your positive reinforcement means everything to me. I am nothing without it.