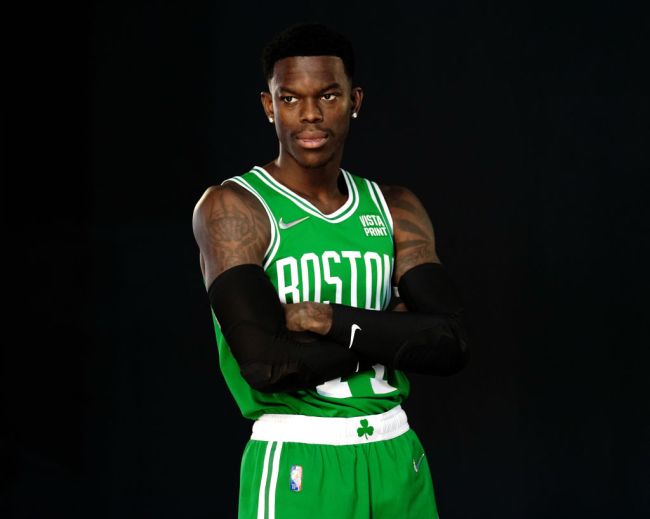 The phrase “fumbling the bag” was re-inserted into the culture this summer after Boston Celtics guard Dennis Schröder walked away from an $84 million deal to play with LeBron James and his Band of Veteran Egos to accept a paltry one-year, $5.9 million taxpayer mid-level exception with the Boston Celtics.

At the time, people mocked the 28-year-old German native for giving up superstar money for Jared Dudley money, but Schröder appeared at peace with his decision at Celtics media day this week.

Dennis Schroder on why he decided not to sign an extension last season pic.twitter.com/k78J9qEnW3

Schröder, who’s in his eighth year in the league, revealed he didn’t quite “fit in” on the star-studded Lakers roster.

“At the end of the day, I feel like for me, personally, I got to be comfortable in the environment I’m in. I love the Lakers organization and they did great things, but I think for me, and this is just business, I don’t think I fit in 100 percent. You play with LeBron and AD, that’s two of the best players in the NBA, and I don’t think I gave them everything that I bring to the table.”

“For me and my family, I signed a pretty good contract after my fourth year, and my family and myself, we’re going to be good,” he said. “I’m 28 years old, and I’m still playing in the NBA for a long time.”

But that’s neither here nor there.

“Money is not everything at all times. I want to be comfortable in a situation where I know people appreciate me. At the end of the day, that’s it. And that all this stuff happened how it happened, you just got to look forward and just try to keep improving, and try to show people what you’re capable of, and then everything will come back.”

Celts got a BARGAIN.

Clearing out the photo roll from Day 1 of Celtics camp …

Dennis Schroder gets hot in the 3-point contest vs Smart. pic.twitter.com/oOQmVHeFwb