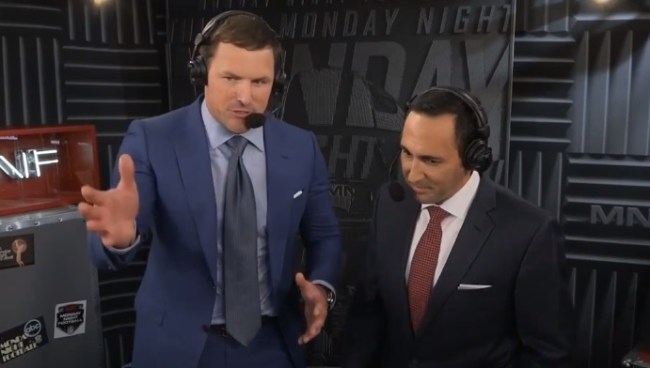 With 2 minutes left in this week’s Monday Night Football game between the Raiders and the Broncos, Raiders running back Doug Martin was able to break out a 12-yard run for a first down that sealed the game. After the play, ESPN Monday Night Football analyst Jason Witten went out of his way to show how Broncos corner Bradley Roby “quit” on the play and suggested that coach Vance Joseph should have immediately benched him.

That last run there … keep an eye on Roby,” Witten said. “It’s a running play, watch this effort; the ball hits inside, he just stops, the play is still going, it cannot happen. Vance Joseph, I would pull him out because you never quit in the NFL.”

Roby spoke to the media today and made sure to say that the play was a misunderstanding. Roby went on to blast Witten for calling him a quitter.

I was like, wow, I can’t believe he went out of his way to do all that,” Roby said. “It’s unfortunate. I felt like he was reaching to say that because it was the end of the game. For him to characterize me as a quitter, quitting on my team, I feel like that’s the most disrespectful thing you can say in a team sport.

“For him to say that on one play — it was really a mistake, I thought the play was over, I was wrong. But for him to say that, it just made me mad. There are kids I go see at the children’s hospital who have cancer, who are paralyzed, and I tell them don’t quit … The game was over … I just felt like it was kind of unnecessary. On the play, it did look like I stopped, so I understand where he’s coming from, but it was unnecessary.”

Roby believes Witten might have a grudge against him because he talked trashed to Witten back when Witt was still playing in Dallas.

“I think he might be mad I talked a little trash to him when they came up here and played last year; maybe he remembers me from that,” Roby said of Witten. “I don’t know. I sacrifice so much. I still have stitches in my mouth from the week before when I had a hole in my face, and I still kept playing.

“I think it’s just something he has to learn; it’s his first year, I believe, commentating. He still has to learn the power that he had, the perception. I really wasn’t going to say anything about it, but I just know people listen, people believe stuff like that. I just think he had to pick and choose — he has to have more evidence before you characterize somebody like that.”

Witten has yet to respond to Roby’s comments as of yet but I’m sure he’ll respond soon enough.