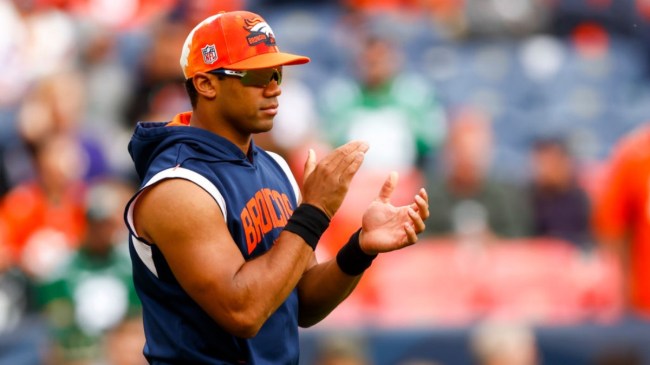 After trading for Russell Wilson this offseason the Denver Broncos decided to give their new quarterback a massive contract extension.

After the team’s first 7 games, it seems safe to say that the extension may not have been the best idea for the Broncos.

Today, their general manager discussed the team’s reasoning for giving Wilson the extension before he ever took a snap for the team and with 2 years left on his existing contract.

What I really don’t understand as I read this is what exactly the Denver Broncos thought they were going to have to pay Wilson if they didn’t give him that extension before seeing him play in their uniform.

Wilson is already making the league’s 2nd most money per year in the league and got the 2nd most guaranteed money. So what did they think that Russell Wilson, who will be 34 before the end of the season, would do on a team with a defense that would keep him out of shootouts and with a pair of running backs that the team clearly planned to feed that would drive his price up?

The best numbers he’s put up in a season were 4212 passing yards and 40 touchdowns 2 years ago. Even if he had recreated those career bests, how much more could it have possibly cost the Broncos? Maybe a couple of million dollars a year.

Instead, they went with the extension, which gave Wilson a $14 million per year raise for the next 2 seasons and is starting to look a whole lot more expensive than anything Wilson would have gotten on the open market after next season.

The Broncos probably should’ve waited to see him in the regular season before making this massive commitment to Wilson.