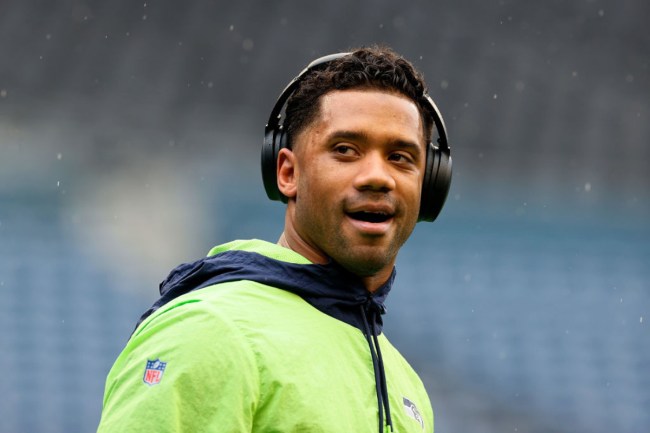 The Denver Broncos were the most heavily-linked team when it came to the Aaron Rodgers sweepstakes this offseason. Unfortunately for Broncos fans, the league MVP will not be taking his talents to Denver after electing to sign a new massive contract to stay in Green Bay with the Packers.

While Rodgers may have been atop Denver’s most-wanted list, the Broncos didn’t let his decision to stay in Green Bay keep them from swinging for the fences. Not long after Rodgers’ new contract was announced, Adam Schefter reported that the Broncos and Seahawks have agreed to terms to send Russell Wilson to Denver.

Blockbuster: After weeks of negotiations, in one of the largest trades in NFL history, the Seattle Seahawks and Denver Broncos have agreed to terms for a deal involving Super-Bowl winning QB Russell Wilson, sources tell ESPN.

Trade is pending a physical and Wilson’s approval. pic.twitter.com/oRFDV8Ehyx

NFL insider Jay Glazer is reporting that Seattle is sending Wilson and a fourth-round pick to Denver in exchange for three players, one being Drew Lock, two first-round picks, and two second-round picks.

According to Schefter, Denver general manager George Paton stated that the Rodgers decision had nothing to do with the Broncos’ move to trade for Wilson. Trade talks between Denver and Seattle began at least two weeks ago.

The report of Wilson to Denver came shortly after Broncos insider Troy Renck reported that Denver was expected to shift its focus to Wilson to see if they can strike a deal to get him out of Seattle.

With Rodgers no longer on the table, the Broncos are expected to pivot and call the Seahawks to see if Russell Wilson is in play,” according to Renck. “After that the options become less appealing, like Minnesota’s Kirk Cousins, the Colts’ Carson Wentz, Cleveland’s Baker Mayfield — if placed on the block — and San Francisco’s Jimmy Garoppolo — the latter of whom is most likely to be dealt, but will not be healthy until mid-summer because of shoulder surgery on his throwing arm.”

A previous version of this article included trade rumors, but it has been updated to reflect the latest trade announcement.