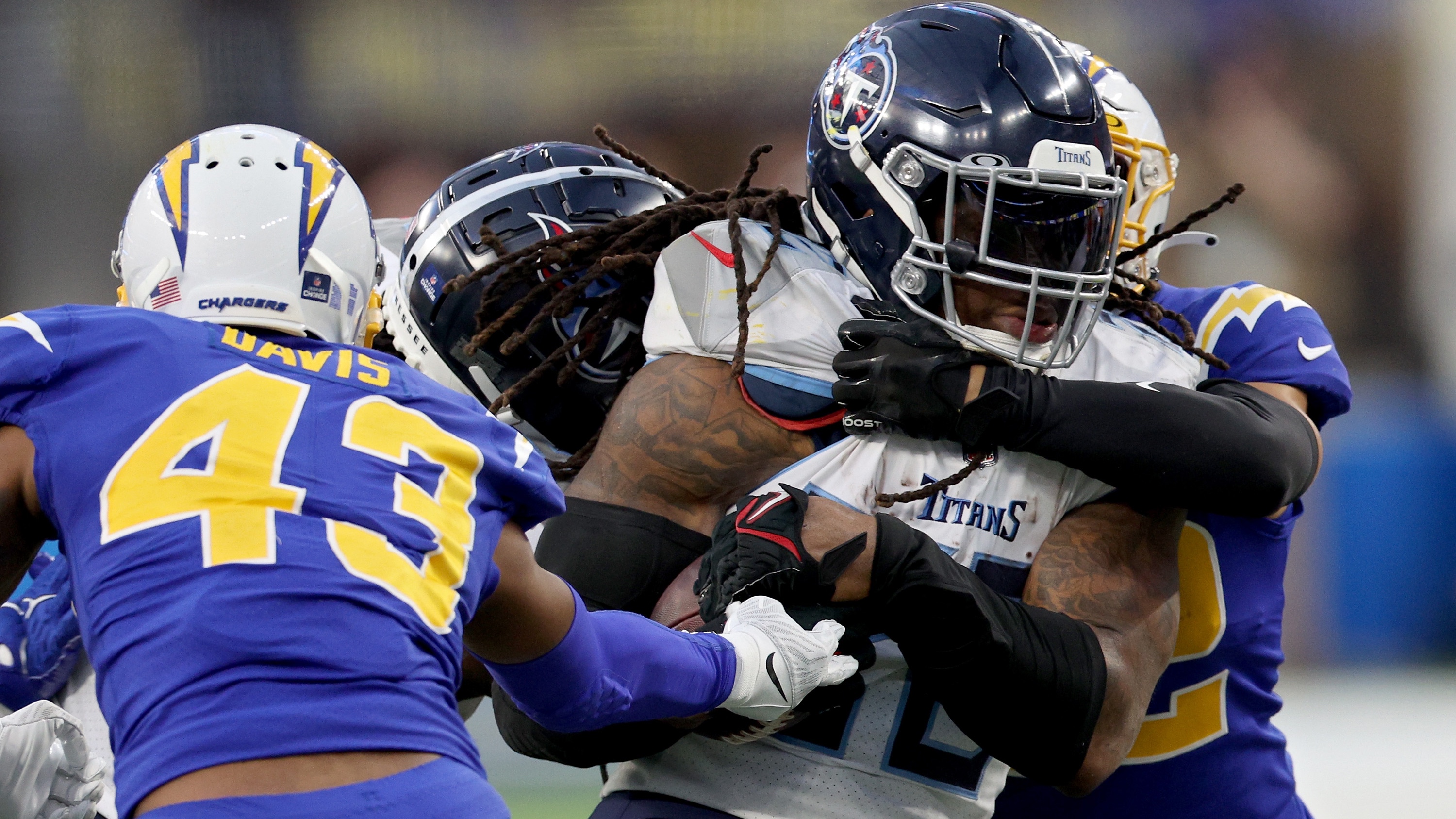 Derrick Henry recently sat down with Will Compton and Taylor Lewan and was asked if the Georgia Bulldogs are the new King of the SEC. King Henry calmly unloaded on the assertation that the Bulldogs have supplanted Nick Saban’s Crimson Tide as the best in the Southeastern Conference.

Henry is actually very congratulatory of the Georgia Bulldogs and the success they’ve had over the past two seasons. But he makes some very valid points.

Bama did beat Georgia in the 2021 SEC Championship before their National Championship rematch. He also astutely points out that Nick Saban has won 6 national titles since 2009 including an undefeated 13-0 season in 2020. It’s not as if Bama has fallen off, right?

At the 2-minute mark, Will Compton asks Derrick Henry “would it be fair to say that Georgia is the King of the SEC?”

Derrick Henry’s answer is simple: “no, bro.” He goes on to say “they are playing great football” adding that Georgia is the “2-time defending champs.” Henry agrees that “for the last 2 years” the Georgia Bulldogs have “been outstanding.”

Derrick counters that with “we have sustained that standard for 10 years.” Nuff said? Apparently not because the clip goes on.

It is certainly true the Georgia Bulldogs have come alive. But Derrick Henry is right and the SEC still runs through Tuscaloosa, Alabama. Let’s not forget moments like this:

The Heisman Trophy isn’t a measure of team success. But it counts for something Alabama had back-to-back Heisman Award winners in 2020 and 2021 with DeVonta Smith and Bryce Young. That came just 4 years after Derrick Henry won the award.

This could be a very different conversation 5 years from now. But Alabama isn’t getting knocked off the throne after just 2 seasons where they were still amongst the most feared teams in the land.