Derrick Henry’s Girlfriend Stands By Her Man After Attempted Homicide 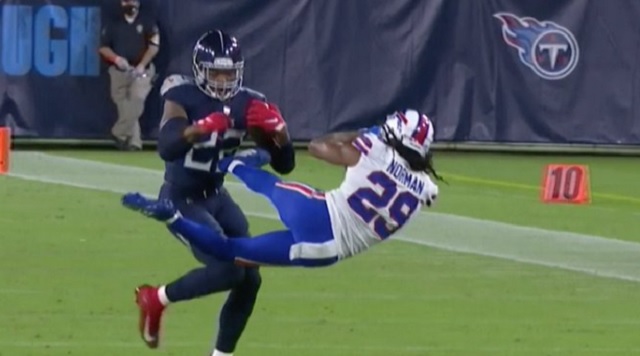 By now, everyone on the planet with an internet connection has seen Titans running back and extraterrestrial specimen Derrick Henry toss Josh Norman aside like a bug on the windshield of a freight train.

The violent stiff arm was the basketball equivalent of Vince Carter dropping his testicles on the head of Frederick Weis in the 2000 Olympics or my ex going Facebook official with someone taller than me.

“FoOtBaLl iS GeTtInG sOfT.”

Henry’s homicide attempt would have caused many partners to seek a less aggressive partner, but Derrick Henry’s girlfriend Adrianna Rivas could not have been prouder with the physical annihilation. 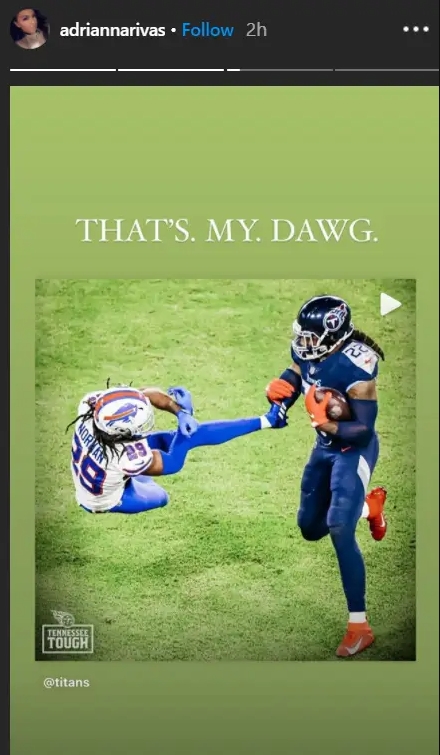 I wish I could get my GF to respond to my stiffy like that.

Henry and Arianna share a five-month old daughter together, who will likely be stronger than me by her 16th birthday. As if I didn’t hate myself enough already.

Don’t let the above photo distract you from the fact that the Titans are 4-0.