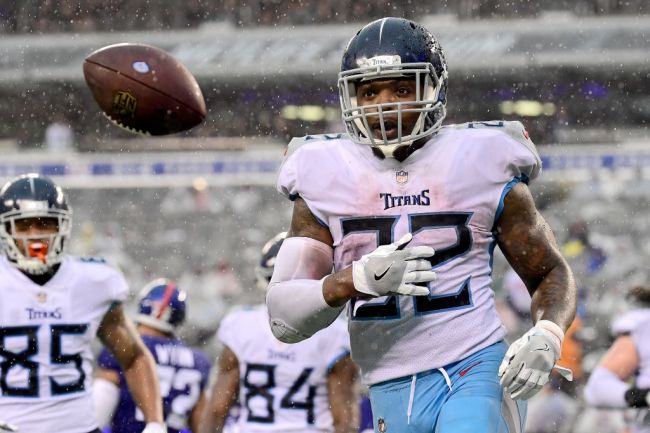 Titans’ running back Derrick Henry saw a post on social media about someone losing their home in a fire in Nashville and decided to help out in a major way.

Nashville firefighter Jeremy Taylor lost his home in White Bluff earlier this year in a major fire having only recently moved in with his wife and four daughters. Taylor and his family, who are Titans fans, lost everything in the fire and they shared the news on social media, which caught the eye of Henry.

“I saw the tweet and I was just touched by it, losing a home is such a tragic occurrence,” Henry told WZTV. “Not only did I see the tweet, but I saw that he was a Titans fan and also a first responder. Nashville has been through so much as a community – the tornado, the pandemic going on, and then the Christmas bombing. I just wanted to be able to help someone in need and someone who has been helping everyone else throughout this pandemic.

"I am very overwhelmed."

Taylor was greeted with a video message from Henry when he arrived to work last week and was handed the check by Titans cheerleaders and others from the organization. He also received a Henry No. 22 jersey with his signature on it.

“I am blessed, very blessed,” Taylor told the Titans’ official website. “(This) has definitely been a blessing to my family. I am very overwhelmed. I don’t know what to say.

A nice gesture by the NFL’s leading rusher last season.