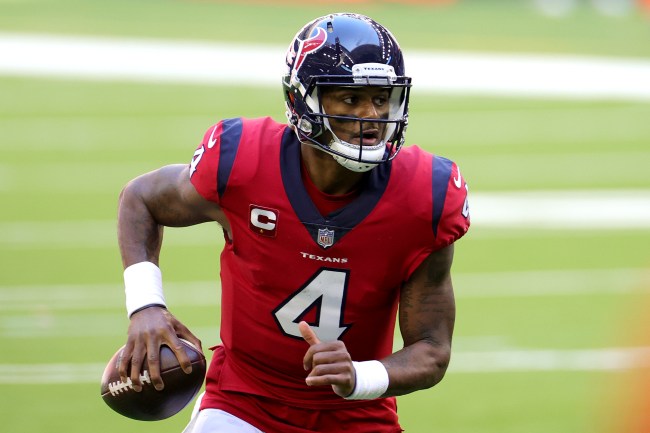 Deshaun Watson’s legal team has received the names of all of the accusers who have filed sexual assault lawsuits against Watson following a court order and are beginning to mount their defense.

In the court filing, Hardin presented evidence attempting to disprove several of the allegations made against Watson in the case.

Since March 16, 2021, when the first of twenty-two lawsuits was filed against Deshaun Watson (“Mr. Watson”), he has been adamant that he did not engage in any of the improper conduct that has been alleged. At the same time, he and his defense team have insisted that they adamantly oppose, condemn, and disapprove of any type of sexual misconduct against women. Legitimate claims should be reported to authorities, taken seriously, and their proponents treated respectfully.
However, in the few days since Mr. Watson has learned the identity of his accusers, his legal team has already uncovered evidence that numerous allegations in this onslaught of cases are simply not true or accurate. For example:

In one portion of the document, Watson’s defense claims they have proof that five accusers “chose to work with Mr. Watson even after they claim he acted offensively and aggressively in prior sessions.” 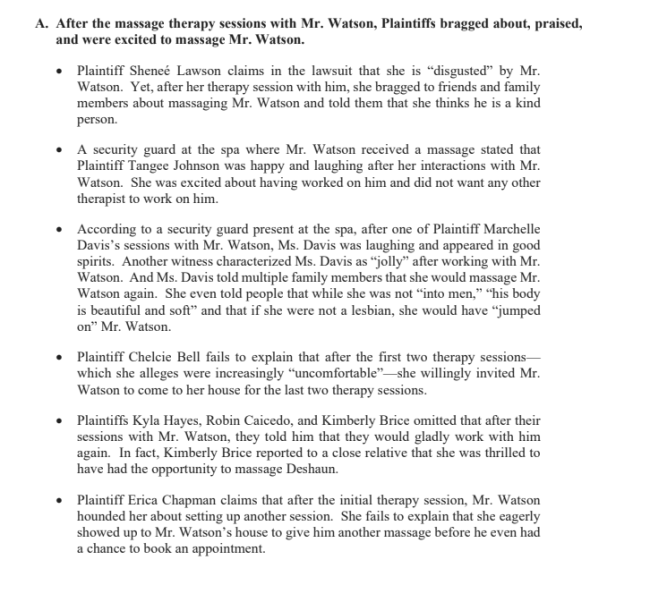 Later in the court filing, Hardin claims he has witness testimony that five accusers told others they were trying to get money out of Watson. 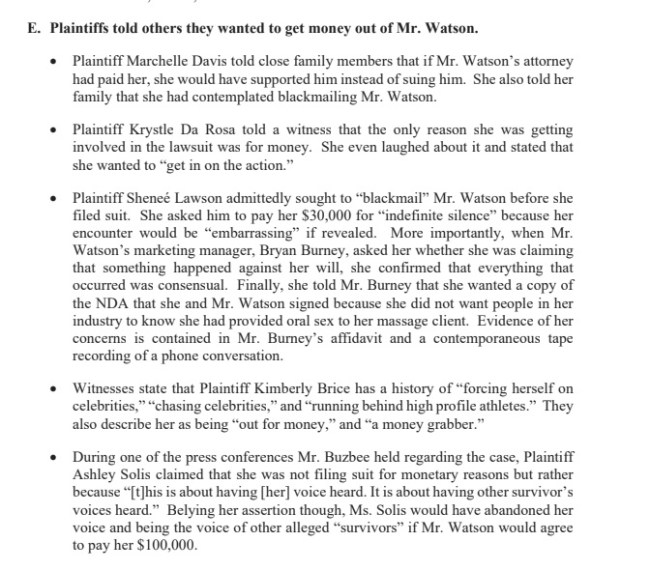 Watson’s lawyers go on to names four accusers who deleted pictures “that are inconsistent with the image they portray” from their social media accounts during the lawsuit. 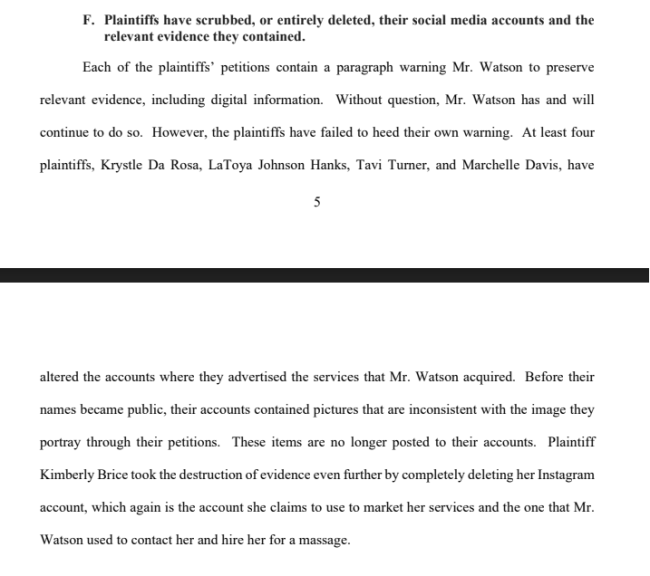 Watson’s defense team is requesting the court to throw out the lawsuits against their client in the motion.