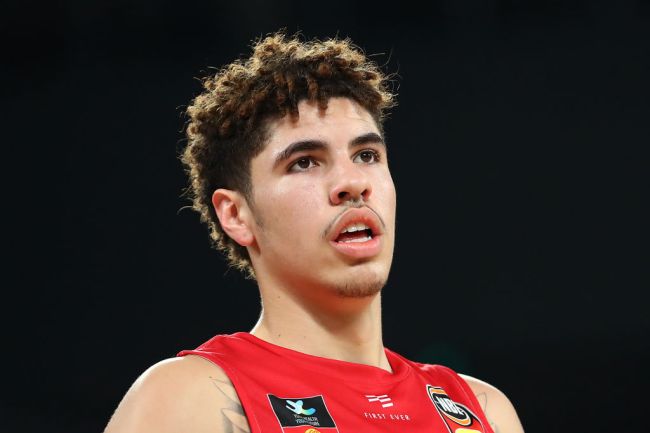 The 2020 NBA Draft is less than two weeks away, but we still don’t have a great understanding as to who may be drafted with the first-overall pick, which is held by the Timberwolves. One player that could have his name called with the first pick is LaMelo Ball, then again, he could fall in the draft.

One team that is showing a lot of interest is Detroit, who holds the No. 7 pick, but general manager Troy Weaver told ESPN that “moving up is definitely an option” while also mentioning that he is definitely intrigued by Ball.

Ball’s manager and mentor, Jermaine Jackson Sr., is a former Piston and Detroit native and the two have been training in Detroit, which has certainly caught the eye of Weaver.

“I’m always happy to hear players embrace our organization, our city. That never goes unnoticed. I know people around him. His trainer is a Detroit native, so I’m sure he’s been here for a while working out,” Weaver said. “I’m sure he’s well versed in the city from traveling around, being with his trainer and hearing different things, so no, that doesn’t go unnoticed and that’s always a positive when prospects speak highly of the city and the organization.”

Weaver’s tip of the cap to Ball comes during the same week that LaMelo’s father, LaVar, named the Pistons and Knicks as the two teams he hopes to see his youngest son drafted by.

There have been recent reports that LaMelo isn’t doing too hot in his team interviews, so whether or not the Pistons actually will have to move up in the draft to select him could turn into a waiting game.