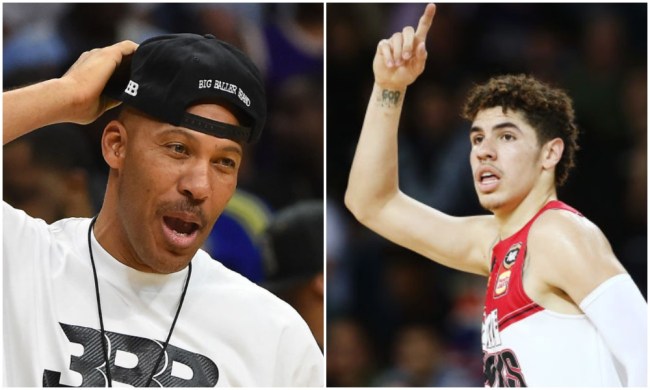 It’s officially 2020 NBA Draft month and the talk heading into the big night is, of course, LaMelo Ball and which team will take a shot and call his name. Ball is a sure thing first-round pick and Minnesota could end up drafting him with the first-overall pick, or he could fall a few spots and get taken in that six to nine pick range, which is exactly what his father, LaVar Ball, is hoping for.

In a recent interview on ‘The Pascal Show’, LaVar explained that he wants to see his youngest son either be drafted by the Pistons, who own the seventh-overall pick, or the Knicks, who have the eight pick of the NBA Draft.

Like any hyped-up player, the rumors involving LaMelo landing in New York with the Knicks have been circulating for months. New York could devour LaMelo or perhaps he could fit right in on one of the game’s biggest stages. It’s no secret LaVar would the attention of one of his sons playing in New York.

LaMelo could make an immediate impact for a lot of teams around the league, which seems to be a big reason as to why LaVar wants to see him in either Detroit or New York.

The idea of LaMelo falling outside of the Top 5 picks isn’t far fetched at all given the recent reports of him not doing so hot in his team interviews.

“Here is what I’m hearing from the league at large: LaMelo Ball is not performing very well at job interviews. I’ve heard that from multiple sources,” according to Bleacher Report. “He is not improving his perception via job interview. There are people drafting later in the top 10 who were not preparing for the possibility of Ball still being around and, I’m not saying that he will be a top-three pick. I am saying that I know for a fact that there are teams later in the top 10 who are doing more research on him because they no longer think it’s a given he will.”

The 2020 NBA Draft will take place on November 18 so the wait to see where Ball begins his NBA career isn’t much longer.