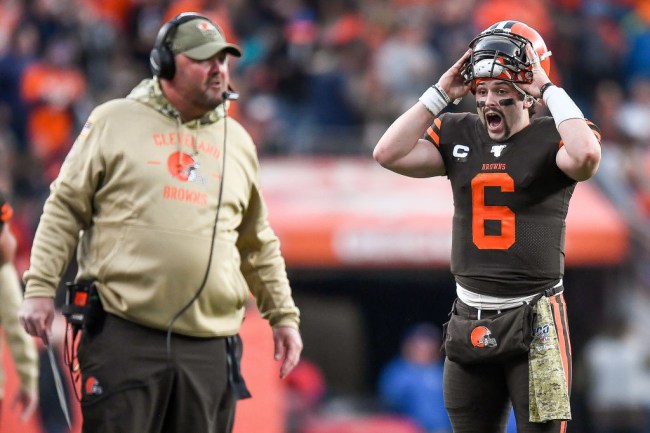 It’s been a rough couple of decades for anyone who’s unfortunate enough to root for the Cleveland Browns but many fans were cautiously optimistic ahead of this season in the hopes the addition of Odell Beckham Jr. would give a boost to the supposedly maturing Baker Mayfield and the duo would lead them to the postseason for the first time since 2002.

Unfortunately, things didn’t unfold the way most people envisioned and the Browns became the only team who failed to crack the .500 mark over the course of the 2010s with yet another in a long line of wasted seasons.

They didn’t get much help from the superstar wide receiver they acquired who was supposed to help turn things around, as Beckham Jr. was forced to deal with a nagging injury that put a dent in his production. However, he did produce plenty of drama thanks to a steady stream of rumors that he wanted to be traded that took him a while to shut down.

Mayfield, on the other hand, did earn the distinction of being the first Browns quarterback in 18 years to start all 16 games but that was really the only accolade he received this season, as he failed to make any real progress or improve upon the previous year’s campaign.

While those two will get a chance to redeem themselves next year, the same can’t be said for Freddie Kitchens, who got kicked to the curb shortly after Sunday’s game.

It’s easy to paint the head coach as the scapegoat, but if you ask Dez Bryant, the blame really lies with Mayfield, who didn’t do Kitchens any favors by being consistently inconsistent and failing to realize his supposed potential.

Baker mayfield plays the biggest part in this…had a stud cast around him under performed and got out performed by somebody he talked down on Danny dimes… big mouth and being a one read QB not going to cut it.. kitchens put the game in his players hands https://t.co/jhEF56wpDl