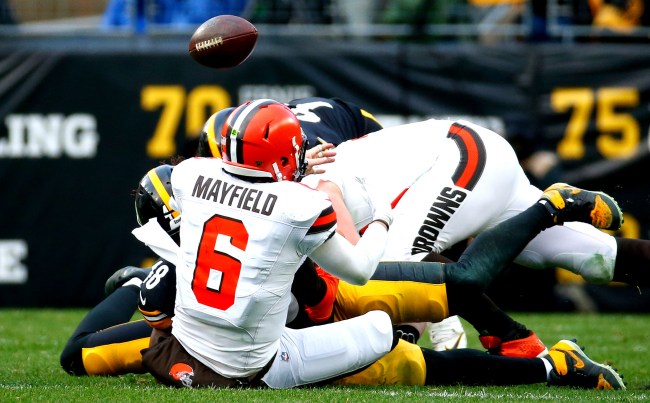 Given the playoff expectations that were undeservedly placed upon them prior to the beginning of the year, the Cleveland Browns 2019 NFL campaign has been nothing short of a massive disappoint.

Following a 2018 season that saw #1 overall pick Baker Mayfield electrify a franchise that was in desperate need of a rejuvenating facelift, the former University of Oklahoma product regressed this season under first-time head coach Freddie Kitchens.

However, despite this extremely concerning drop in form, Baker Mayfield did, in fact, set one remarkably depressing Cleveland Browns to record this season.

With his Week 17 start against the Bengals this weekend, Mayfield will become the first Browns QB to start all 16 regular-season games in 18 (!!!) years.

Baker Mayfield set to become our 1st QB in 18 years to start all 16 games, vows to be improved for the next 16

As we all know, the Cleveland Browns’ haphazard modern-day history of quarterbacks in well-documented, as 28 different quarterbacks have started for the team since Tim Couch started all 16 regular season games back in 2001.

No wonder the franchise has been in the dumps since their rebirth.