Dez Bryant Chimed In On The Giants Firing Jason Garrett 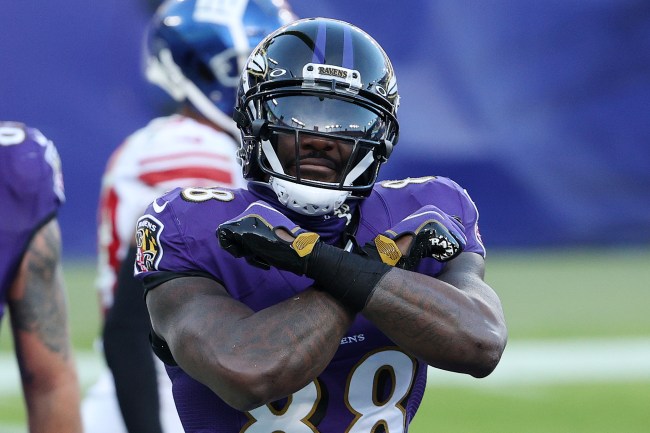 The New York Giants took a big step toward righting the ship yesterday when they fired offensive coordinator Jason Garrett. Now it looks like one of their longtime rivals agrees with their decision.

Former Dallas Cowboys wide receiver, Dez Bryant, chimed in on the situation on Twitter yesterday in a tweet targeted at Giants rookie receiver, Kadarius Toney. Bryant’s tweet told Toney that he would get to experience the “love and joy for football” now that Jason Garrett is gone.

After hearing the News about JG

Dez Bryant has never been somebody who has had trouble speaking his mind and he would know better than most what it’s like to be a receiver in a Jason Garrett. He spent the majority of his career playing for Garrett.

It makes you wonder just how bad it is to be a wide receiver in an offense led by Jason Garrett. Dez was a Pro Bowler 3 times and a first-team all-pro during his time playing under Garrett. He also managed to top 1200 yards in 3 consecutive season during that time, but it would appear none of that was enough to prevent Garrett from taking the love and joy out of the game.

This also isn’t the first time Dez Bryant has taken the time to chime in after Jason Garrett was fired. After Garrett was fired as the head coach of the Cowboys, Dez took a couple of shots at Garrett on Twitter.

Something tells me this won’t be the last we hear from Dez on Garrett, but for now I guess we’ll just have to wait and see where Garrett lands next.