Dez Bryant Wants To Play Football Again, But Says He’s Not Going To Consider Playing In The XFL 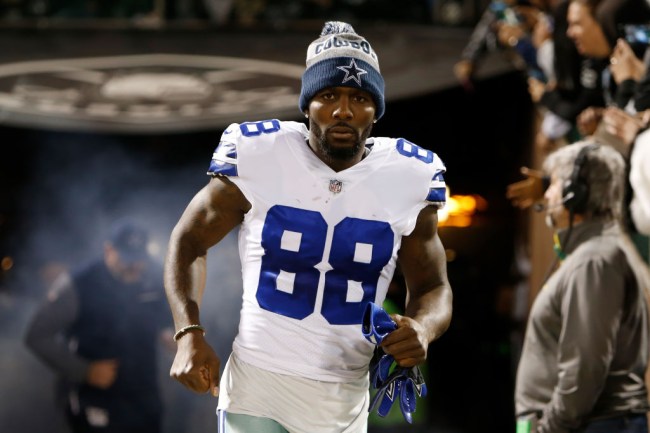 Dez Bryant hasn’t played in an NFL game since New Year’s Eve of 2017, but he’s made it no secret that he’s looking to return to the field.

He recently tweeted out that his ‘dream goals’ would be to return to the Cowboys, play for the Steelers or the Ravens. He’s also been posting workout videos and clips of him going through drills. On top of all of this, Bryant texted Dallas VP Stephen Jones about how he would like to come back and play for Dallas.

Bryant’s pulling out all the stops to get some sort of shot to return to the NFL, but nothing has fallen into place on that front, at least not yet.

Former Cowboys WR @DezBryant working with @DRobAlwayzOpen at the Sports Performance Center at The Star in Frisco today.

Dez is down 10 pounds in recent weeks and is at his playing weight again. pic.twitter.com/Tyasl6Go8a

With it being very clear he wants to return to a football field, many have pointed at the XFL as a possible landing spot for Bryant. He would unquestionably be the biggest name in the league and garner plenty of attention, but he’s not interested.

Bryant was asked by Lorenzo Reyes of USA Today whether or not he would even consider signing with an XFL team and he was quick to say that he knows he still has the game to play at the NFL level.

Nah, not at all,” Bryant said when asked whether he’d consider the XFL. “I know I can still play. That’s not an issue for me. I have high confidence in myself. No disrespect to the XFL, I just know I can play in (the NFL), that’s not a question.”

The now 31-year-old spent eight seasons with the Cowboys before being released by the team in April of 2018. He was then signed by the Saints, but two days after joining his new team he tore his Achilles tendon during practice and never played for New Orleans.