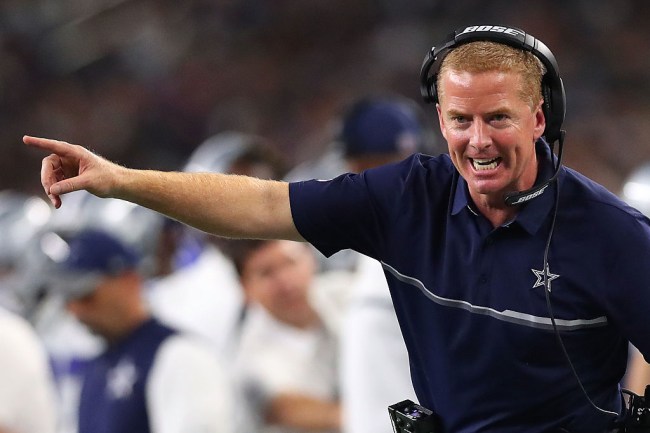 The Dallas Cowboys came into this season with clear eyes and a full heart, and for the first few weeks of the year, they made Coach Taylor proud by refusing to lose a game.

However, it’s safe to say things went to shit as soon as the Cowboys were forced to play some teams with actual talent on their roster, as they lost to the Saints and the Packers. However, on Sunday, they had a chance to reverse course by playing a team with virtually no talent in the form of the Jets.

Unfortunately for Dallas, they ultimately fell by a score of 24-22 and were nice enough to treat New York to their first win of the season —much to the delight of Stephen A. Smith, who wasn’t sky about basking in the misery of the fans and players (many of whom didn’t seem thrilled with Jason Garrett).

However, Smith wasn’t the only person to chime in.

After the game, Terrell Owens hopped on Twitter and offered his services while ripping into the head coach for his questionable play-calling during the contest.

Dez Bryant—who played eight seasons with the Cowboys before getting cut—also offered his thoughts on the situation and suggested the team is too demanding of its players while sidestepping a question about what he’d do with Garrett if he was in charge.

Nothing to do with the players.. whenever training camp start for the cowboys it’s training camp until the season is over.. a lot of pointless meetings not enough time for the players to recover from injuries preparing for the next game… https://t.co/ImP2Pew3k2

That’s none of my business https://t.co/8HdSeN5ewZ

It seems very unlikely that Garrett’s job is in any real jeopardy as things currently stand but there’s no doubt the hot seat will only get hotter if they drop another game when they face off against the Eagles on Sunday.

I can only imagine how giddy Stephen A. will be if they do.