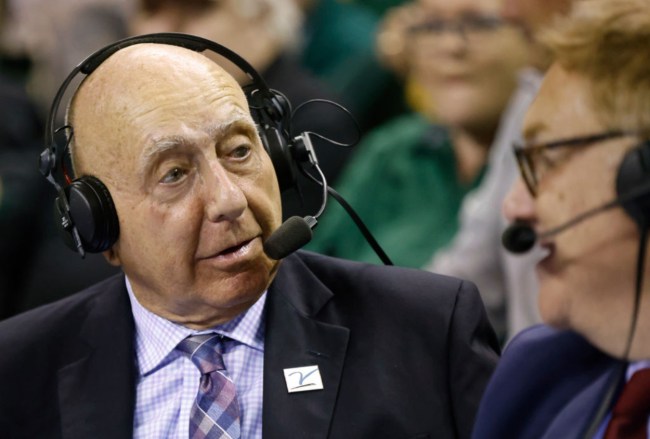 Vitale has been around the game of basketball for over 60 years but appears to have only just heard about the shady business taking place with recruiting and now the recently installed transfer portal. He tweeted that he spoke with a coach who told him that “cheating is widespread.”

Players are being promised certain things before entering the portal and transferring to said school offering them things, which is technically illegal. You know this, I know this, everyone knows this is happening, but it’s new news to the legendary basketball analyst.

I spoke to a coach who told me that CHEATING is widespread in what is going on with the Transfer Portal.Promises behind the scenes r going on to PTPERS that if they get their names in portal they will be offered . It’s out of control & not good for the game.

Recruiting, both in college basketball and college football, has turned into free agency. Some people absolutely hate it, while others don’t mind seeing the landscape of college recruiting changing.

Cheating was already taking place behind closed doors. Now, the ‘cheating’ is being done behind a slightly cracked door where people can get a glimpse inside.

Well I am just SHOCKED. I mean SHOCKED. https://t.co/otq5ZqtRRt

NOT IN COLLEGE SPORTS! WHEN DID THIS BEGIN? https://t.co/JVo8D0mZW4