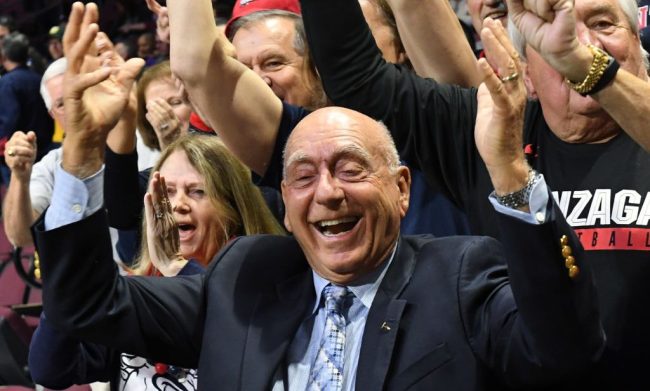 This year’s college basketball season has been strange in many different ways. Beyond the obvious weirdness of most teams playing in empty arenas and adjusting to COVID protocols, the typical blue blood programs we’ve grown accustomed to seeing highly ranked in the polls have struggled in a major way.

At the time of this story being published, Kentucky, Duke, and North Carolina aren’t ranked in the latest coaches poll and UNC is the only program among the trio to have received any votes with a whopping five. Kentucky’s only hope of sneaking into March Madness is by going on a run and winning the SEC tournament. Duke may not have to win the ACC tournament to punch its ticket, but the Blue Devils will need to make a deep run. The Tar Heels would be in the field if the tournament started today, but they can’t afford to have a major slip down the stretch either.

So, what gives, why are these three typical suspects playing so poorly this season? Dick Vitale seems to have figured the issue out and believes that the lack of homecourt advantage and a shortage of tune-up games for these teams filled with young players has cost them.

“The top three teams in recruiting last year were Kentucky, Duke and Carolina,” Vitale told Mark Carman on ‘Da Windy City’ podcast. “When they got in conference they’ve all been struggling because they couldn’t have those cupcake games part of their season, play five or six games guys get familiar with one another. You learn a little bit about college basketball, get acclimated to what they are going to face.”

Vitale continued and made the solid point about Baylor and Gonzaga – two programs that seem to be lightyears ahead of everyone else – as they have veterans that have been there and done that, so to speak.

“You look at Baylor and Gonzaga, they’re great,” he said. “They’re skilled, they’re talented, but they’ve got veterans, they’ve got players who have been through it.”

If this past year couldn’t get any weirder, we could have an NCAA Tournament this year without all three of Duke, North Carolina, and Kentucky in the field.